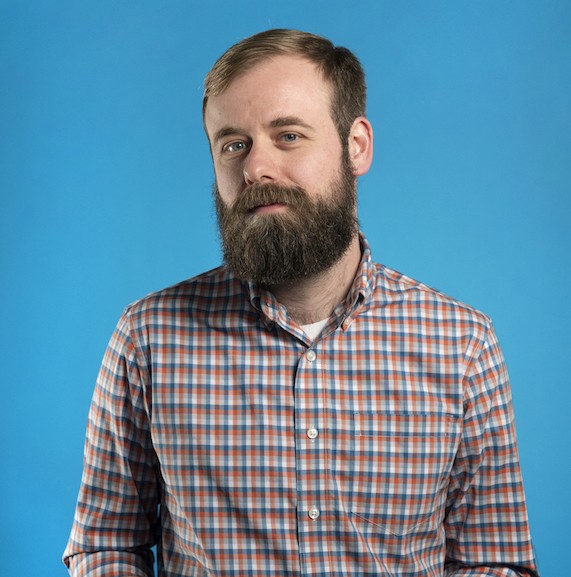 Jeremy Fisher, administrative support coordinator, has been honored with the University Staff Advisory Council Staff Leadership Award for his outstanding leadership in the School of Visual Arts during a time of both administrative and staff changes. Among other strengths, he is recognized for being a valued mentor and problem-solver while always going above and beyond his required duties.

Fisher came to Penn State as a graduate student in geography, where he studied the social production of space and human-environment interactions in cities. After completing his doctorate he was placed in SoVA through a temp agency to fill the graduate support staff role. He was hired as a regular employee in 2014 and became the school’s administrative coordinator a year ago.

According to B. Stephen Carpenter II, interim director of SoVA, “Fisher is the embodiment of the term exemplary.”

“Jeremy is one-of-a-kind and we are most fortunate to have him taking care of our office management, personnel operations, and myriad other details and duties many of which extend far beyond the expectations of his position,” said Carpenter.