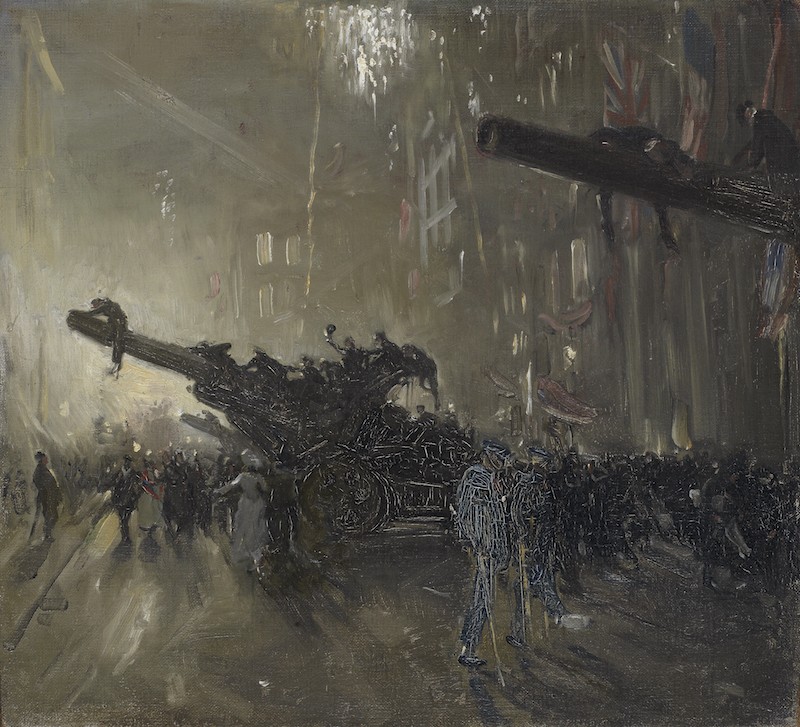 One-hundred years after the end of World War I, a new composition commemorating that day in history will be performed by the Penn State Concert Choir on November 11 at 4 p.m. and 7:30 p.m. in the School of Music’s new recital hall, adjacent to Music Building I.

MEMORIA: A Cantata for the Centenary of the Armistice, by Scott Eggert, was commissioned by Christopher Kiver, professor of music and director of choral activities at Penn State, as part of an interdisciplinary project commemorating the armistice that ended the war. The commission was made possible in part by a Faculty Research Grant from the Penn State College of Arts and Architecture.

Prior to each performance, audience members will be immersed in a gallery/museum experience in Music Building I and the recital hall lobby, featuring reproductions and projections of pictures and posters from World War I, supplied by the Eberly Family Special Collections Library at Penn State and the Palmer Museum of Art.

MEMORIA: A Cantata for the Centenary of the Armistice employs English poetry created during the war years or soon after. “Debate regarding the necessity, the meaning and the ultimate value of this vast conflict began while the war was yet raging and has continued throughout the century that followed,” said Eggert. “MEMORIAis a choral cantata with instrumental accompaniment that grapples with the issues of this fundamental debate. I hope that, besides simply reminding contemporary audiences of the enormity and horror of the war, this cantata will also suggest how needful it is to hear allof the voices if one is after the truth.”

Audience members are encouraged to allow 30 minutes to view the exhibits prior to the concert. While the concerts are free, space is limited, so please make advance reservations by calling Dr. Christopher Kiver at 814.863.4400. Deadline for reservations is 5 p.m. on Thursday, November 8. Some seats will be held for those unable to make reservations by the deadline.

A separate international colloquium, Dislocation: November 1918 and the Unfinished Business of the First World War, is being held November 12-13 in the Pasquerilla Spiritual Center, sponsored by the Rock Ethics Institute and Institute for the Humanities with additional support from the departments of History and Philosophy.

For more information on the concerts, contact Kiver at cak27@psu.edu.

Both of the Nov. 11 performances will be livestreamed at musicmedia.psu.edu/livestream.

Sands will be joined in the performance by bassist Russell Hall and drummer Clarence Penn.

Two sensory friendly showings of “The Curious Incident of the Dog in the Night-Time” are scheduled for Oct. 3 at 2 p.m. and Oct. 6 at 7:30 p.m. at the Playhouse Theatre.