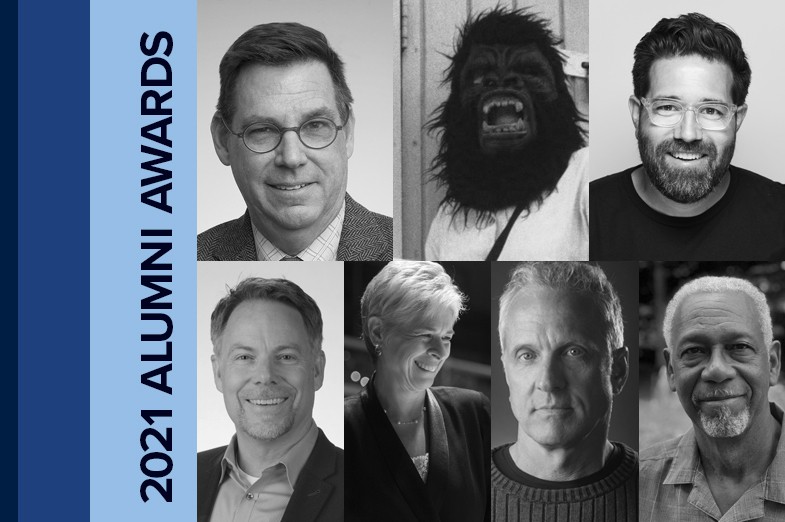 College of Arts and Architecture to honor Alumni Award recipients on Nov. 5

The College of Arts and Architecture will honor its 2021 Alumni Award recipients in an in-person ceremony, open to the public, at 4 p.m. on Friday, Nov. 5, in the School of Music Recital Hall. It will also be livestreamed at http://bit.ly/ArtsArchAlumniAwards.

The Arts and Architecture Alumni Awards were established more than 30 years ago with the purpose of recognizing the career achievements of Penn State alumni in the arts and design disciplines.

While on campus, the returning alumni connect with students and faculty and often deliver lectures. Read more about their accomplishments below.

Dittenhafer is co-founder and president of the firm Murphy & Dittenhafer Architects, based in York, Pa., with an additional office in Baltimore, Md. Under his leadership, the firm’s design excellence has been recognized every year since 1993 by American Institute of Architects (AIA) chapters in Pennsylvania and Maryland. He currently serves as president of the Arts and Architecture Alumni Society Board and also represents the Alumni Society on the College of Arts and Architecture’s Philanthropic Council.

Cohn is vice president of global brand creative for Converse, based in Boston. He has been with Converse since 2007, initially hired as design director. At the invitation of Penn State graphic design professor Ryan Russell, Cohn engages regularly with graphic design students, giving them real-world experience on design projects.

Adrian Lawrence Smith, FASLA
Smith is currently the team leader for Staten Island capital projects with the New York City Department of Parks and Recreation, a role he has held since 2016. He previously held positions at several design firms, in addition to maintaining his own private practice. Smith is an active member of the American Society of Landscape Architects (ASLA) and was named professional practice vice president of the national organization in October 2020. He was inducted into the ASLA College of Fellows in 2018.

Deborah Capperella Confredo
Confredo is a professor of music education and the director of graduate programs in music education at Temple University. Her specialties include instrumental rehearsal techniques and teaching methods, music psychology and conducting. Her numerous articles on music education, pedagogy and research are widely published. She is currently an editorial board member for the journal Education. Her undergraduate alma mater, Mansfield University, has recognized her as a distinguished alumna.

Patrick Fabian
In an acting career of more than 20 years, Fabian’s work has taken him all over the world and given him the opportunity to work with everyone from the legendary Angela Lansbury to Xena: Warrior Princess. He is currently seen in the recurring role of attorney Howard Hamlin on the AMC series “Better Call Saul.” Some of his film work includes “The Last Exorcism,” a small $1.3 million horror film that went on to gross more than $70 million worldwide.

David Anthony Gall
Gall is associate professor and coordinator of art education at the University of North Carolina at Charlotte. He previously served as assistant professor at Cleveland State University and at Gwen Frostic School of Art at Western Michigan University. He also coordinated Barbados Community College’s B.F.A. program. He received a Fulbright Scholarship that allowed him to earn his Ph.D. at Penn State.