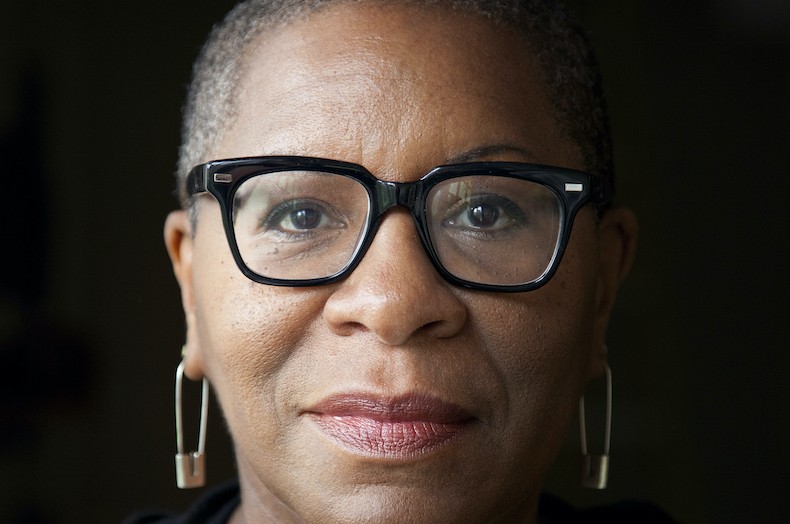 Folayemi Wilson, currently co-director of academic diversity, equity and inclusion at Columbia College Chicago, has been named associate dean for access and equity in the Penn State College of Arts and Architecture, effective August 14.

Wilson, a professor of art and art history at Columbia College Chicago, is an object and image maker whose work celebrates the Black imagination as a technology of resistance and self-determination. She is a co-founder and principal of blkHaUS studios, a socially focused design studio based in Chicago that uses design as an agent of change to uplift and transform marginalized communities.

“I am pleased Folayemi Wilson has agreed to join our leadership team in the College of Arts and Architecture,” said B. Stephen Carpenter II, dean of the College of Arts and Architecture. “As our inaugural associate dean for access and equity, her experience as a visual artist, educator, designer and administrator provides a powerful perspective from which she will lead us in questioning and addressing assumptions about diversity, inclusion, access and equity.”

Her efforts will lead us forward in response to our commitment to addressing social, cultural and institutional challenges.”
– Dean B. Stephen Carpenter II

Wilson holds an M.F.A. in Furniture Design from the Rhode Island School of Design with a concentration in Art History, Theory and Criticism and M.B.A. from New York University’s Stern School of Business. Her writing has been published widely and she has been a grant recipient of the National Endowment for the Arts and the Propeller Fund, and a two-time recipient of an individual artist grant from the Graham Foundation for the Advanced Studies of the Fine Arts. Early in her career Wilson worked as a graphic designer and art director in New York, founding Studio W, Inc., and working for clients such as Black Entertainment Television (BET), Condé Nast Publications, Essence Communications, The New York Times, Time Warner and Williams Sonoma, among others.

“The pandemic and the events of the last 18 months have created a unique opportunity for academic institutions to rethink how to offer access to higher education and meaningful educational experiences to an increasingly sophisticated, media-savvy and politically aware student population,” said Wilson. “I look forward to sharing my ideas about how to encourage cultures of belonging and systems of equity and inclusion, as well as learning from new colleagues in the College of Arts and Architecture and the university-at-large.”

Wilson has been awarded residencies or fellowships at ACRE, Anderson Ranch Arts Center, Haystack and MacDowell, among others. She lectures and exhibits widely and her design work is included in the collection of the Cooper Hewitt National Museum of Design. Wilson has held previous academic positions at University of Wisconsin at Milwaukee, Rhode Island School of Design, University of Massachusetts at Dartmouth and the California College of the Arts.