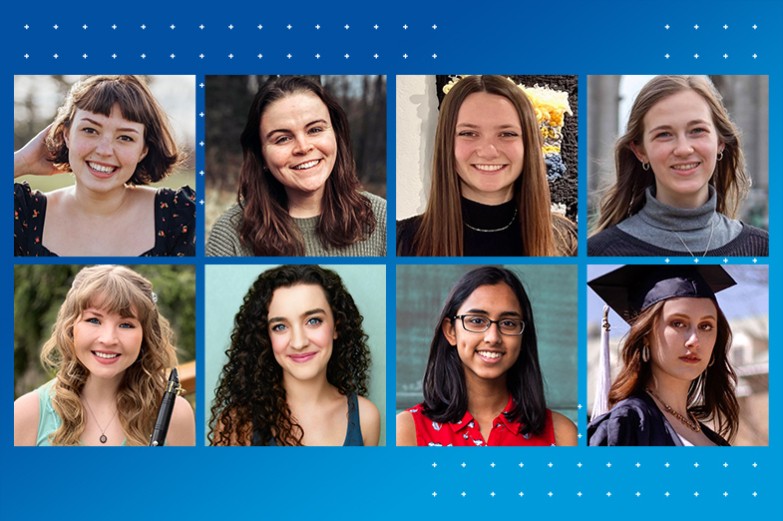 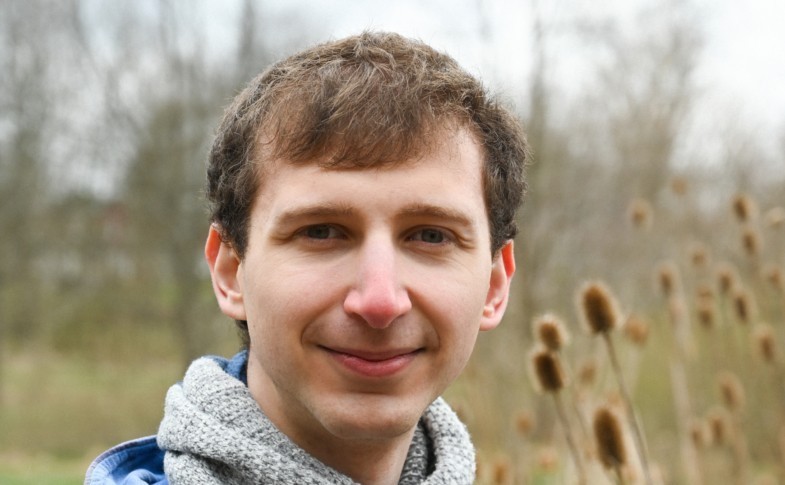 Theatre student and Schreyer Scholar David Reingold, who will earn a Bachelor of Fine Arts in Theatre Design and Technology and a Bachelor of Arts in Theatre Studies, will serve as marshal for the College of Arts and Architecture spring 2022 commencement ceremony at 1 p.m. on Saturday, May 7, in Eisenhower Auditorium. Visual artist Dread Scott will serve as commencement speaker.

The College of Arts and Architecture has also announced eight academic unit marshals:

Department of Architecture
Puja Bhajat, West Grove, PA
Bachelor of Architecture
Minors in Residential Construction and Sustainability Leadership
While at Penn State, Puja has been active in the interdisciplinary Solar Decathlon design competition, working to design net-zero energy ready homes. She further pursued her interest in sustainability by becoming LEED accredited and a Certified Passive House Consultant. Puja has also conducted independent research on build-it-yourself modular construction systems. She will pursue graduate studies at the Architectural Association School in London.

Department of Art History
Lauren McKee, State College, PA
Bachelor of Arts in Art History and Bachelor of Fine Arts in Acting
Museum Studies Certificate
Lauren complemented her art history studies by working as a gallery attendant at the HUB-Robeson Galleries and as a visitor services associate and intern at the Palmer Museum of Art. As part of her theatre studies, she performed in six School of Theatre productions and studied abroad at the Theatre Academy of London, in addition to starring in Penn State’s 2018-19 national commercial. Lauren comes from a Penn State family – two of her grandparents are alumni, and her mother works in the Department of Psychology.

Department of Graphic Design
Scotti Everhart, Tyrone, PA
Bachelor of Design
During her time at Penn State, Scotti has developed a passion for design photography, advertising, and image making. She has received several design awards, including a Platinum in the Graphis New Talent 2021 competition for her poster, “Something Blue.” On campus, she worked as a publication and poster designer for Penn State’s Design for Life initiative. Scotti interned with Los Angeles-based entertainment advertising agency, MOCEAN, last year, and will join the agency full-time as a junior art director.

Integrative Arts Program
Madison Bressler, Milroy, PA
Bachelor of Arts in Integrative Arts
Minors in Entrepreneurship and Innovation, Graphic Design, Spanish
Madison’s college career has been centered around her love of the arts, focusing on graphic design and photography. Her photography business became a reality throughout her time at Penn State, bolstered by earning second place in the Arts Business Idea Competition. She has been active in Alpha Rho Chi, a professional fraternity for students in architecture and the allied arts. After graduation, Madison will spend the summer as an intern for Affinity Connection, after which she will focus on expanding her photography business.

School of Music
Amber Lucas, Boalsburg, PA
Bachelor of Music Education
Amber has distinguished herself through her performances and participation in a variety of activities. In 2021, she was awarded a Student Engagement Network grant, allowing her to participate in Longy’s international new music festival, Divergent Studio. In 2019, she won the Symphonic Wind Ensemble’s Concerto Competition with her clarinet performance of Dana Wilson’s Liquid Ebony. Amber has been a member of the Penn State Blue Band, Symphonic Wind Ensemble, Philharmonic Orchestra, Living Music, and Clarinet Choir, in addition to performing in numerous pit orchestras for the School of Theatre and No Refund Theatre. She has also been a freelance studio teacher in the State College area for six years. Amber plans to pursue a Master of Music degree in Clarinet Performance.

School of Theatre
Melody Munitz, Cortlandt Manor, NY
Bachelor of Fine Arts in Musical Theatre and Bachelor of Arts in Psychology
A Schreyer Scholar, Melody is the first Musical Theatre student to double-major and is serving as the marshal for both the School of Theatre and the Department of Psychology. She has performed in eight Penn State Centre Stage productions; premiered four original works as a playwright and director; and had original music featured in the Palmer Museum of Art Virtual Gallery and on a Spotify playlist, “The Sound of Pennsylvania State University.” She also sung the alma mater in Penn State’s “We Are Here” national TV commercial. Melody pursued her interdisciplinary interests in cognitive science through work with the Penn State Empathy and Moral Psychology Lab and as director of Penn State Arts for Health. She also served as vice president of the Phi Beta Kappa Society. Melody plans to pursue a career as a performer, playwright, and director, while continuing as a researcher with the University of Chicago’s Scientists, Technologists, and Artists Generating Exploration Lab, known as STAGE.

School of Visual Arts
Jenna Deal, Danville, PA
Bachelor of Fine Arts in Art
Jenna began her visual arts education with an interest in ceramics and now studies a variety of materials, focusing on sculpture. A Schreyer Scholar, she has served as president of the Ceramics Club and as a mentor for the College of Arts and Architecture. In her last semester of study, she served as a teaching assistant for a metal casting course in the School of Visual Arts. During her time at Penn State, Jenna has also participated in two club sports—Curling and Quidditch—in addition to playing intramural soccer. After graduation, she plans to attend Rochester Institute of Technology to obtain her Master of Fine Arts in Art, with hopes of becoming an art teacher.