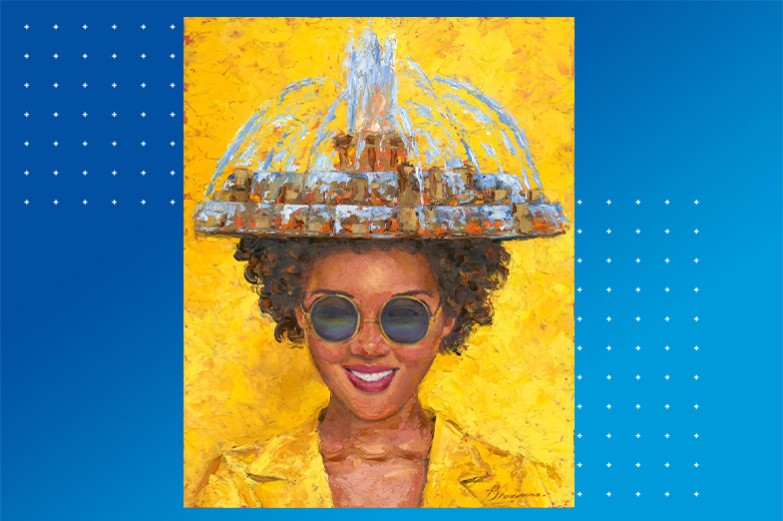 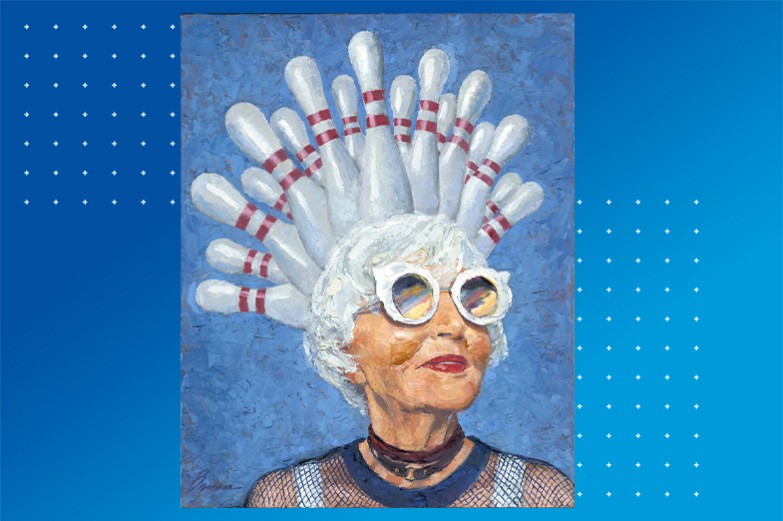 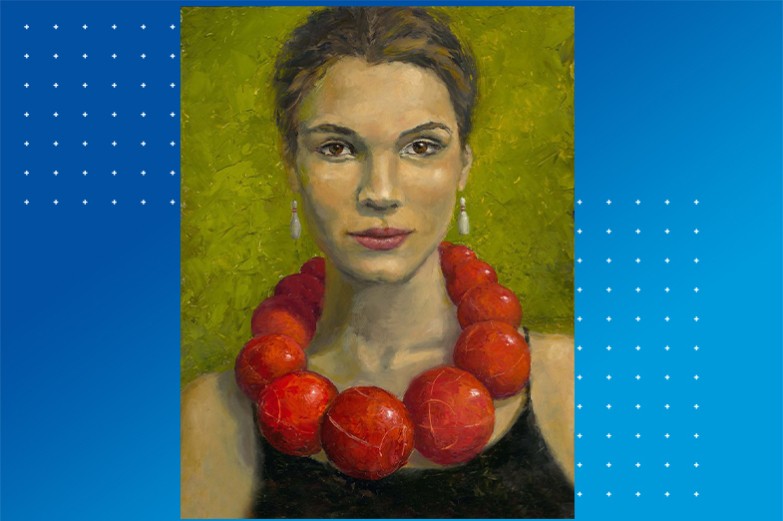 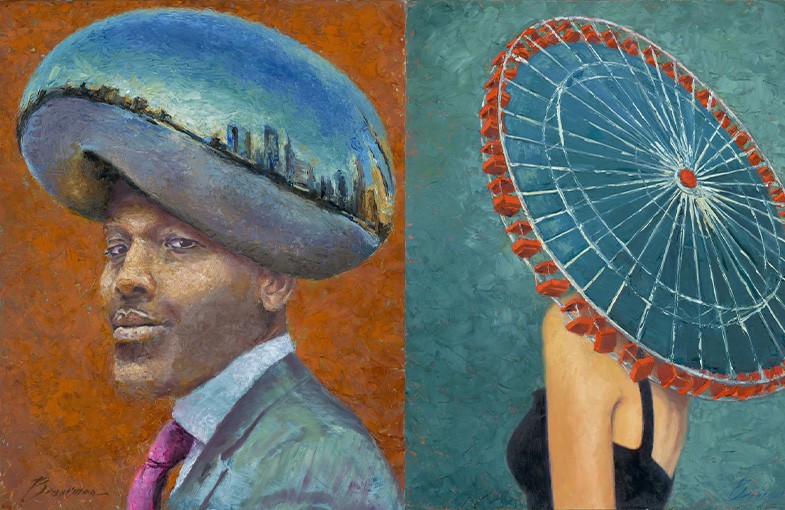 Penn State Graphic Design alumnus Paul Brourman has partnered with Pinstripes, a dining and entertainment venue, to create “Chicago Looks Good On You,” a large-scale, five-piece art installation designed to celebrate the city’s resilience and pride in the face of challenging times.

The 12-foot-wide by 16-foot-high replicas of Brourman’s original oil-on-canvas portraits offer Chicagoans or visitors simply passing by the venue’s downtown location a playful take on some of the city’s most iconic landmarks, including Navy Pier’s “Centennial Wheel,” Buckingham Fountain and “Cloud Gate,” also known as “The Bean.”

Brourman was approached in 2020 about a potential installation on one of the venue’s windows after the Director of Marketing for Pinstripes saw his portrait of the late Supreme Court Justice Ruth Bader Ginsburg, titled “The Tzaddeket.”

“When I saw the scale of the building’s exterior, I noticed there were in fact seven windows of that size to potentially pitch as a concept,” Brourman said. “The idea was to feature five whimsical portraits of everyday Chicagoans proudly ‘wearing’ the city’s most prominent iconic landmarks, and the series of windows provided a massive canvas to surprise and engage passersby directly.”

Pinstripes, housed within Chicago’s fourth oldest building, combines Italian and American cuisine with the entertainment of bowling and bocce, which informed two additional portraits — one with a bowling pin theme and one with bocce balls worn as a necklace by the portrait’s subject.

Over the last 15 years, Brourman’s passion and talent for creating art has largely taken a backseat to his position as chief executive officer and chief creative officer at Sponge, a branding and advertising firm he founded in 2007 based in Chicago that works with several high-profile clients, such as Hyatt, McDonald’s, Blick and Cresa, but Brourman said the two worlds are now intersecting more frequently.

“For me, the past two years have led to what feels like a watershed moment,” Brourman said. “The trajectory of my art is now as equally energizing and demanding for me as the agency endeavors.”

“Chicago Looks Good on You” was unveiled in June during a ceremony hosted by Dale Schwartz, CEO of Pinstripes. With about 200 people in attendance, the five replicas of Brourman’s paintings, installed on the windows of Pinstripes by ER2 Imaging, became part of Chicago’s Illinois Street cityscape.

While the scale and success of the work is still setting in for Brourman, he said Pinstripes has expressed interest in having him produce similar works at locations in 12 cities across the United States, and talks have begun with another city partner to continue the series along Michigan Avenue.

“Art, design and branding are all intersecting in surprising ways these past few years,” Brourman said, “and from all signs, it appears it will continue.”

The Department of Graphic Design is part of the Stuckeman School in the Penn State College of Arts and Architecture.