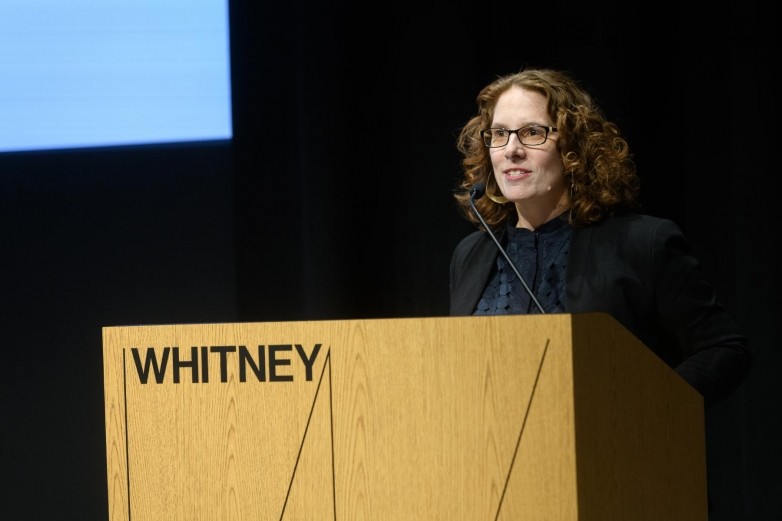 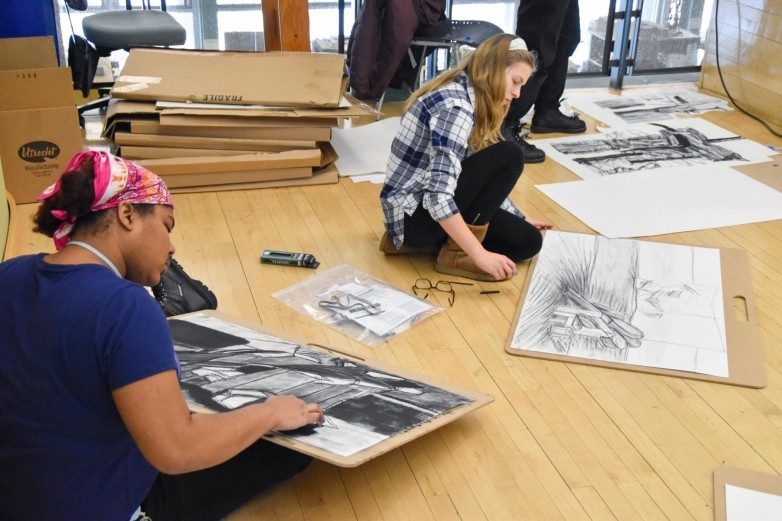 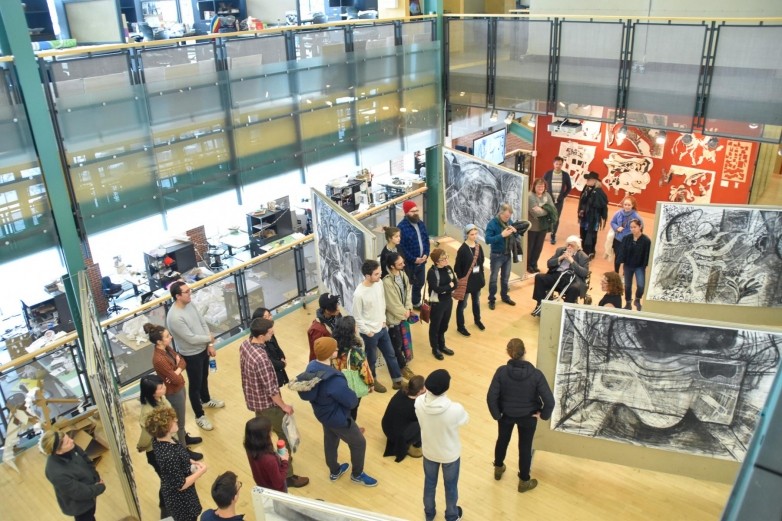 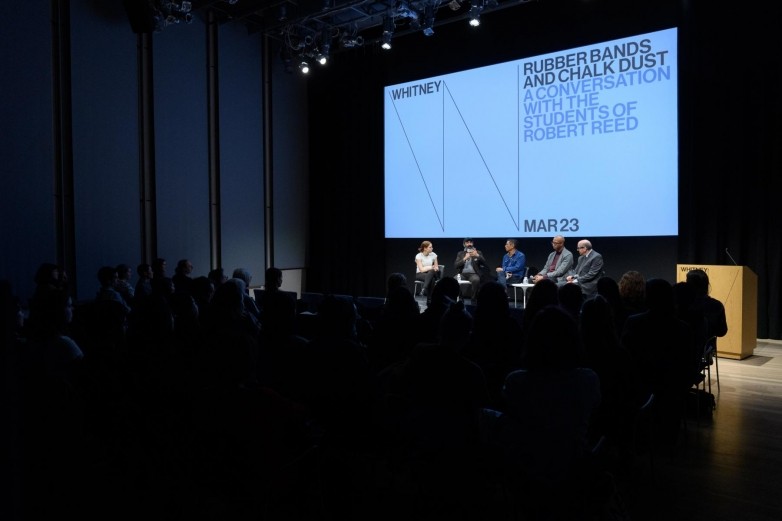 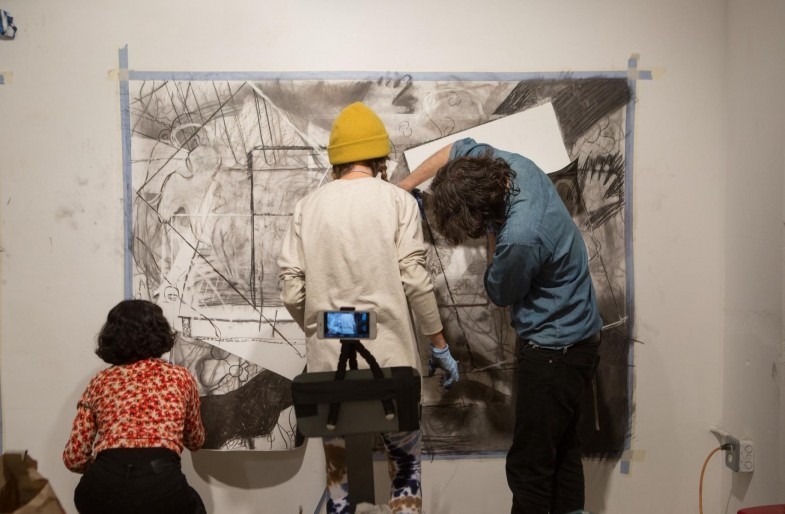 UNIVERSITY PARK, Pa. – Robert Reed, an influential artist best known for his use of geometric abstraction, dedicated most of his life to art and teaching. He spent more than half a century as an educator in higher learning, holding positions at the Minneapolis College of Art and Design and Skidmore College before joining the Yale School of Art in 1962, which is where he remained on the faculty for 45 years until his death in 2014.

Reed was the first – and remains the only – African American professor tenured by the Yale School of Art, and he was the recipient of the 2004 College Art Association Distinguished Teaching of Art Award.

When he wasn’t working on his own artwork, which he kept under wraps so his students wouldn’t feel influenced, Reed was a busy man. He curated exhibits, hosted drawing workshops and lectured at other colleges and universities around the world, all the while encouraging thousands of students to think beyond their preconceived notions about art and drawing.

Reed was relentless in both his passion for educating students and his belief that foundation studies were the basis for artistic development. According to many of his former students and associates, he believed the creative process is founded on observation and discipline, and that anyone who was given the time and encouragement could create something wonderful, no matter their chosen discipline of study.

“He wanted his students to check what they thought they knew about art at the door when they came in his classroom,” said Clint Jukkala, dean of the School of Fine Arts at the Pennsylvania Academy of Fine Arts and a former teaching assistant and colleague of Reed’s at Yale. “He was interested in really immersing students into a creative exploration rather than focusing on the end result.”

One of the ways he did that, explained Jukkala, was to have students get their whole bodies involved when creating a drawing. The physicality of his approach pushed students beyond the boundaries of their comfort zones but also allowed them to focus on the process and less on the product they created at the end of the exercise.

Another student who was inspired by Reed’s unique approach to teaching is Cathy Braasch, assistant professor of architecture in the Stuckeman School at Penn State. The impact of Reed’s courses has guided Braasch in both her work as an architect and educator.

“He had a unique way of approaching drawing that translates across disciplines. In my teaching, I am always thinking about his innovative assignments and the amazing studio culture he created. I wanted to bring that energy he had to others.”
– Cathy Braasch

Despite many of his former students crediting Reed for his influence and unique creative process, Braasch said that his teaching and pedagogy was undocumented. So, she set out to make sure Reed’s teachings and methods could be shared with a new generation of students.

Thanks to funding and services provided by organizations at Penn State (Africana Research Center, Center for Pedagogy in Arts and Design, College of Arts and Architecture, Palmer Museum of Art, President’s Fund for Research in Undergraduate Education, Schreyer Institute for Teaching Excellence, School of Visual Arts and Stuckeman School) and external sources (Blick Art Materials, Hunter College Department of Art and Art History, the Estate of Robert Reed, Whitney Museum of American Art, Wkshps, Yale Alumni Association of Central Pennsylvania and an anonymous donor), Braasch was able to organize the Robert Reed Drawing Workshops earlier this year at Penn State and in New York City.

At Penn State, almost 200 students from different colleges and universities and 25 instructors attended three days of lectures, panel discussions and, of course, drawing workshops that centered around Reed’s work and pedagogy. In New York, another 100 students and 23 instructors attended workshops and panels at Hunter College and the Whitney Museum of American Art. Braasch also organized exhibitions of Reed’s work and pedagogy at both the Palmer Museum of Art and the Rouse Gallery at Penn State, and at Hunter College in New York.

Workshop topics varied – from sensory material to drawing in three dimensions and negative space to drawing on the page versus drawing on the floor –  but the energy and spirit of the events were “very Robert Reed-esque,” said Jukkala, who served as an instructor and moderator at the Penn State events.

“There was very much a celebratory feel throughout the workshops and discussions but yet students were there to work, and they worked hard, often times far outside of their comfort zones. That is exactly how Reed workshops were run.”
– Clint Jukkala

Reed, explained Braasch, referred to class assignments as investigations, which allowed students down a path of exploration and discovery in their drawing. He was very demanding of his students, she said, but he was also very nurturing of their individual ideas and thought processes.

“He had very high expectations of his students, but he was much more interested in the effort and care they put into their work than their raw talent,” commented Jukkala.

Like Jukkala and Braasch, most of the workshop instructors, panelists and moderators were either Reed’s pupils or his teaching assistants, including Dylan DeWitt, a former graduate student of Reed’s at Yale who is now a clinical assistant professor of drawing at the University of Arkansas School of Art. DeWitt led workshops both at Penn State and in New York and said the spirit of Reed’s pedagogy was carried throughout all of the events.

“What stands out to me most [about Reed], and what I’m always trying to achieve in my teaching, is his way of balancing rigor and flexibility in the classroom,” DeWitt said. “He had a series of steps students had to take in his drawing classes, but it wasn’t a formulaic process and he ultimately let us reconsider the direction we would take our drawings. I felt that approach in these workshops and it was really great to see students trust the process and really create some amazing pieces along the way.”

Jukkala agreed that Reed’s touch was felt throughout the workshops but was happy to see the presenters offer their own spin on their topics.

“There was a fun, energetic, almost think tank-like environment throughout the workshops and it was so great to see how instructors drew inspiration from Reed and all had different approaches to leading their exercises,” he said.

Alec Spangler, assistant professor of landscape architecture at Penn State, said that while he hadn’t specifically heard of Reed before Braasch put out a call for workshop proposals, he recognized what may have been some of Reed’s influence from his days in art school. Spangler earned a bachelor’s degree in visual arts, a master’s in fine arts and a master’s in landscape architecture.

“A practice of Reed’s that I think is important, particularly when I am teaching introduction and skills courses, is his idea that drawing is a form of calisthenics,” continued Spangler. “It’s about rigorously and repetitively training not only the muscles in your hands and arms, but also training your brain and your creative muscles to think about drawing as a process. I think it allows students to focus less on the end product and more on the creative process.”

Elizabeth Rothrock, a master’s degree student in architecture at Penn State, participated in the events on campus because, she says, there aren’t many academic options in her studies that focus exclusively on drawing.

“It was great to engage my mind in an architectural way without some of the same constraints I’ve been so accustomed to. I think I learned a lot about my personal ways of expressing my ideas as well as seeing so many other views.”
– Elizabeth Rothrock

Braasch says that while she is “absolutely thrilled” by the reception of the Robert Reed Drawing Workshops, she has set her sights even higher and will be writing a book to help educate even more people on Reed’s influence, work and pedagogy.

The book, she says, will be an opportunity to document his influence on teaching art and design in higher education and to share his teaching with new audiences.

“I’m just one of his many students who has been forever transformed by his teaching.” Braasch explained. “I feel grateful that I have had the opportunity to share his work with a larger audience and to make his legacy more visible.”