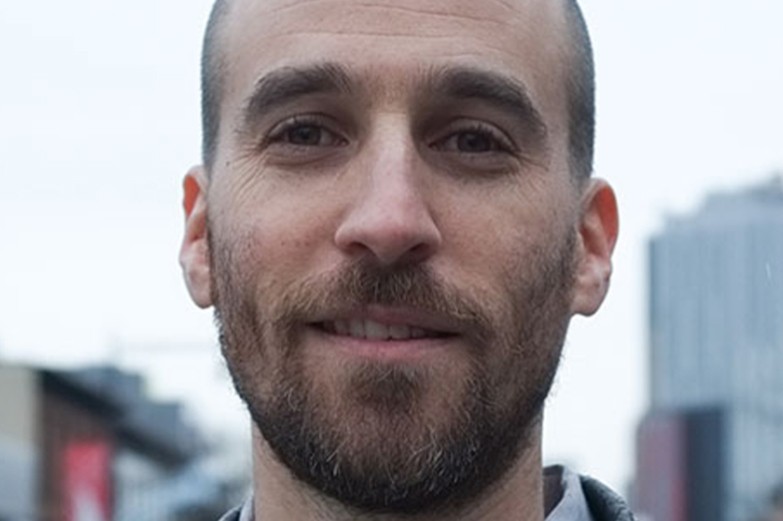 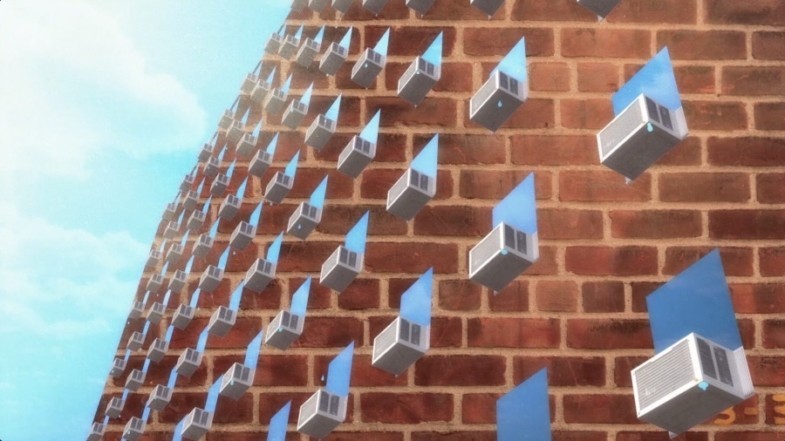 Animator Josh Frankel: ‘A Marvelous Order’ opera is relevant to ‘anyone who lives in or near buildings’

“A Marvelous Order” tells a tale of industrial conflict, when the highway dreams of a land developer infringe on the comings and goings of a peaceful community. Based on the real-life public battle between author and urban studies activist Jane Jacobs and “mid-20th-century master builder” Robert Moses, this is a tale of New York City, how its residents use its spaces and who speaks for those spaces.

In fall 2019, the creative team for “A Marvelous Order” visited Eisenhower Auditorium for a developmental residency, in which the artists discussed the opera with Center for the Performing Arts staff members and hosted master classes.

Joshua Frankel, “A Marvelous Order” director and animator, and composer Judd Greenstein will return to the Center for the Performing Arts, virtually, to discuss their multimedia project with “New Opera as Art and Social Discourse” at 7:30 p.m. Wednesday, February 10. The free live presentation is part of “The Reflection Project,” funded by The Andrew W. Mellon Foundation. The conversation will feature a video highlighting their progress and discussion of the opera, which features a libretto by former U.S. Poet Laureate Tracy K. Smith.

Frankel spoke with the Center for the Performing Arts about the production.

Q: “A Marvelous Order” is about the Big Apple, but what can a smaller community such as State College take away from it?

A: An artist named Danielle Durchslag, who’s worked with us to create an education program around “A Marvelous Order” for high schoolers, has said this is a story that is important to anyone who lives in or near buildings. Anywhere things get built, there are disagreements about what is to be built and where and when and why.

The conflicts at the center of our story — the threatened destruction of a park, a neighborhood and a family’s home — are conflicts that ignite passion and fury worthy of opera. Stories like these play out in small towns, college towns and agricultural communities — and the passion in these places is just as fiery. And the complexities of the decisions can be just as thorny.

This is a story that is important to anyone who lives in or near buildings. Anywhere things get built, there are disagreements about what is to be built and where and when and why.” — Joshua Finkel

Q: Can you talk about the animation and how your style fits in to the production?

A: This story is well-suited to animation because it is so epic in scale. With animation we can depict huge structures and the thousands of people — and render each from multiple perspectives. In many ways, this is a story about perspective. Jane Jacobs’ perspective is on the street and Robert Moses’ perspective is looking down from above. You can’t understand the world without considering from both angles.

The style of the animation is rooted in collage because that is the language of architectural proposals. An architect takes a photo of the world and inserts how they would change that space. My work sets that act in motion.

Q: In your opinion, where is the line between urban renewal and gentrification?

A: They are related but different. The term “urban renewal” usually refers to a planner (like Robert Moses) destroying some aspects of a place (like homes) to make way for something he (it’s usually a “he”) thinks that place needs (like a highway).

Gentrification occurs when people with the economic means to choose where they want to live decide to live in a certain place. Demand to live in that place rises, rents rise and, eventually, those who lived and operated businesses in this place prior to gentrification can no longer afford to stay there.

Q: Is there a “moral” to the story or a defined “villain”? Or is it a door to discussion on urban renewal and how that might affect a community?

A: In our telling, Moses is not a vaudeville villain and Jacobs is not a perfect angel from heaven. We attempt to render them each as real people driven by real emotions. To be clear, there’s no false equivalency — Moses and Jacobs are not the same. We believe, as artists and citizens, that only by experiencing these titans as humans, and by feeling the passion that ignites them in the way that only art can express, can we fully understand their story.

In conjunction with “A Marvelous Order,” Woskob Family Gallery, at the Penn State Downtown Theatre, is hosting an exhibit of Frankel’s opera animations that can be viewed from 6 p.m.–1 a.m. daily through the windows of the facility at 146 S. Allen St., State College. The exhibit is scheduled to last until mid-March.

Heather Longley is a communications specialist at the Center for the Performing Arts.