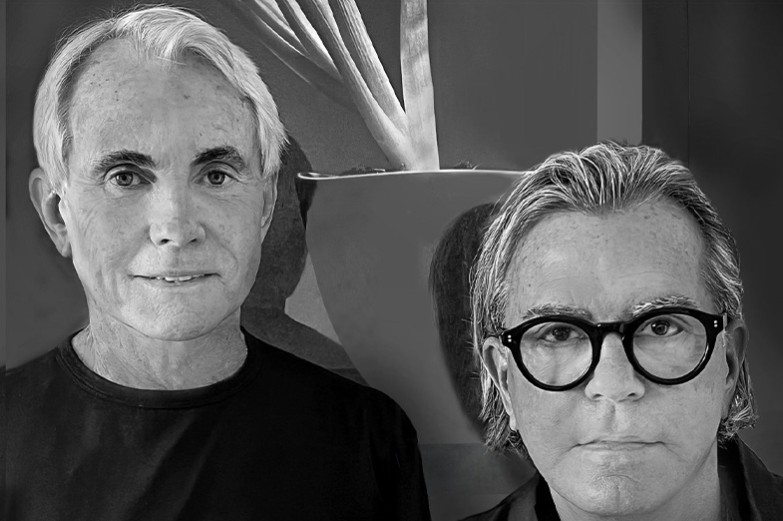 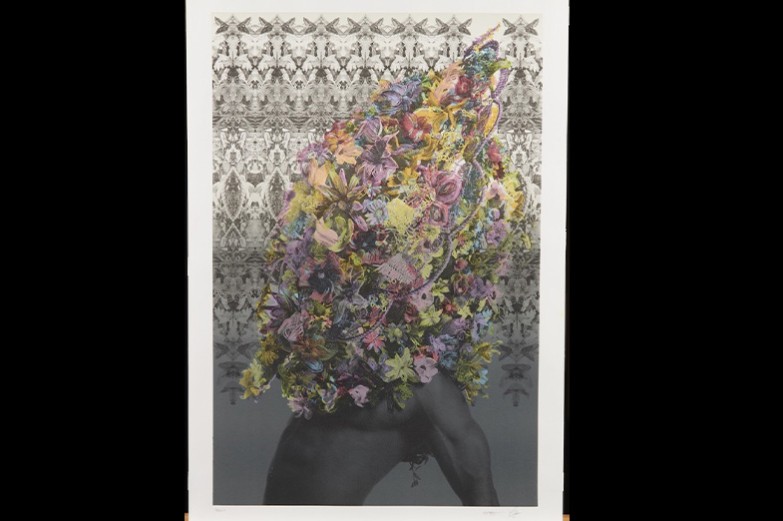 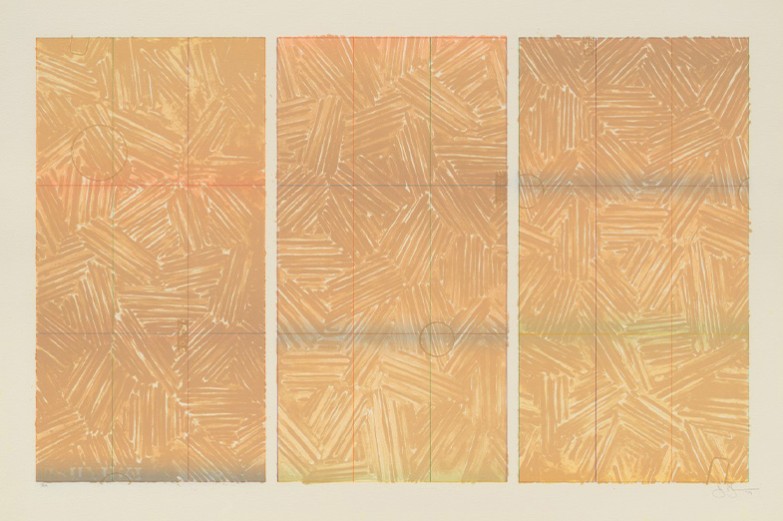 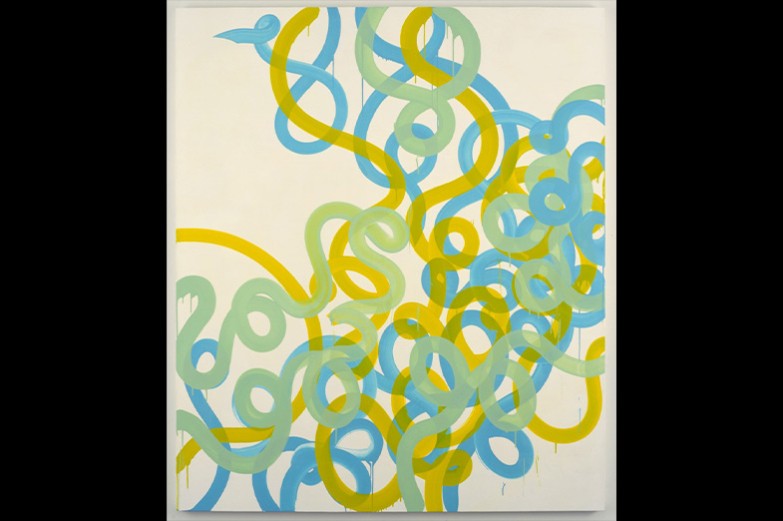 Shortly after Will Ameringer (’77 B.A. Art History) retired in 2020, he began to reflect on a 40-year career in the art world, and as a desire to give back emerged, his thoughts went back to where it all started: Penn State.

When the Museum of Art at Penn State, now the Palmer Museum of Art, opened its doors 50 years ago, Ameringer was finishing high school and was living what he called a “State College kid’s life.” From a home built by his parents, the late Charles Ameringer, a history professor at the University, and his wife, Jean, Will often took the walk to campus, which gave him a sense of the importance of the new museum.

As Penn State and the museum community prepare to say goodbye that location and celebrate completion of the new, more than 70,000-square-foot Palmer Museum of Art, Ameringer and his husband, Kevin Byrne, have made a significant estate commitment to the University that will support the new museum as a cultural destination and solidify Ameringer’s family ties to the place he remembers fondly.

Ameringer and Byrne have committed $4 million to establish the Kevin and Will Ameringer-Byrne Museum Excellence Endowment, which will help the museum serve as a vital and accessible cultural resource for University students, faculty, staff, scholars and visitors to the central Pennsylvania region.

Additionally, the couple will donate 19 works of art representing American and British post-war modern and contemporary art. The Ameringer-Byrne Collection features works created by LGBTQ artists and has a focus on botanical subjects and themes, which Ameringer said creates a natural synergy considering the new museum’s location adjacent to the H.O. Smith Botanic Gardens in The Arboretum at Penn State.

Earlier this year, Ameringer and Byrne donated to the museum a print titled “Head Dressed” by the acclaimed visual and performance artist Nick Cave. Other artists in their collection include David Hockney, Jasper Johns, Ellsworth Kelly, Robert Mapplethorpe, Donald Sultan and Sue Williams.

“I feel that where I’m at and where we’re at is a result of the education I received and connections I made at Penn State,” Ameringer said. “I’ve seen the Palmer Museum grow and I know it is becoming more of a national presence, and we want to be a part of that.”

Director of the Palmer Museum of Art Erin M. Coe said the gift will help to distinguish the Palmer as a university art museum dedicated to amplifying diverse voices, especially those in the LGBTQ community, and fostering a sense of belonging and inclusion.

“We are profoundly grateful to Will and Kevin for making this commitment to the Palmer Museum of Art. This collection of works by contemporary artists, many of which relate to the natural world, will resonate at our new home in the Arboretum,” Coe said. “The endowment is a significant investment in our ability to deliver world-class exhibitions and programming to diverse audiences for future generations.”

The love of art is something that Ameringer said he has always had, but he credits trips as a young boy with his mother to various museums such as the National Gallery as a catalyst for a life devoted to art collection and appreciation.

“I remember a lot about those trips, but most vividly was that I was allowed to buy a postcard that cost a nickel,” Ameringer said. “I don’t know if this signifies that I was definitive in what I liked, but I bought the same post card every time I went.”

A small stack of American impressionist John Henry Twachtman’s “Winter Scene” that he collected during those museum visits foreshadowed a prolific career as an art collector and dealer that began in 1981 as assistant curator for contemporary art at the Baltimore Museum of Art just after he earned a master’s degree from Harvard.

As his career blossomed, he made his way to New York City where, after serving as a director of the André Emmerich Gallery, he opened Will Ameringer Fine Art, specializing in post-war American art with an emphasis on color field painting.

After Ameringer became established in New York, a familiar face came to the gallery: Barbara Palmer, who, along with her husband James, was the museum’s namesake and a visionary and champion of the arts at Penn State.

Ameringer was representing American abstract painter Jules Olitski, and he worked to help Palmer acquire the painting “Compelled” for the museum’s collection in 2002. The relationship continued as he agreed to serve on the museum’s advisory board between 2004 and 2005, and he now serves on the museum’s National Advisory Council.

“Barbara’s visit reminded me that there will always be this special connection to Penn State,” Ameringer said.

In 2009, Ameringer was introduced at a marriage equality fundraiser to Kevin Byrne, an interior designer and professor of interior design. As the two conversed, their commonalities came into view.

“We knew everyone in common and had everything in common,” Byrne said. “We just had never met.”

The couple was married in 2011 and since then they have made several trips to Penn State, giving Ameringer an opportunity to share the connection to the area.

“A major part of Will’s DNA is in State College,” Byrne said. “And because of that, this gift just makes sense, and I couldn’t be more excited about it.”

During the most recent trip in 2021, the couple drove by Ameringer’s childhood home, which was sold after his dad died in 2018. The memories were rich but came with a dose of reality.

“When I grew up at Penn State, it was a football school,” Ameringer said. “And I don’t know exactly where a young gay person fit in there.”

As the two came closer to the home, they saw a rainbow flag flying on the property now owned by a gay couple with two children. Ameringer and Byrne have befriended the couple, which he said not only serves as a serendipitous bookend for his story but also solidifies the decision to make the gift.

“I just thought, ‘Wow, this really says a lot about Penn State,’” Ameringer said. “The University has embraced Kevin and me as a married couple and it feels like the right place and the right thing to do.”

This gift will advance “A Greater Penn State for 21st Century Excellence,” a focused campaign that seeks to elevate Penn State’s position as a leading public university in a world defined by rapid change and global connections. With the support of alumni and friends, “A Greater Penn State” seeks to fulfill the three key imperatives of a 21st-century public university: keeping the doors to higher education open to hardworking students regardless of financial well-being; creating transformative experiences that go beyond the classroom; and impacting the world by serving communities and fueling discovery, innovation and entrepreneurship. To learn more about “A Greater Penn State for 21st Century Excellence,” visit greaterpennstate.psu.edu.