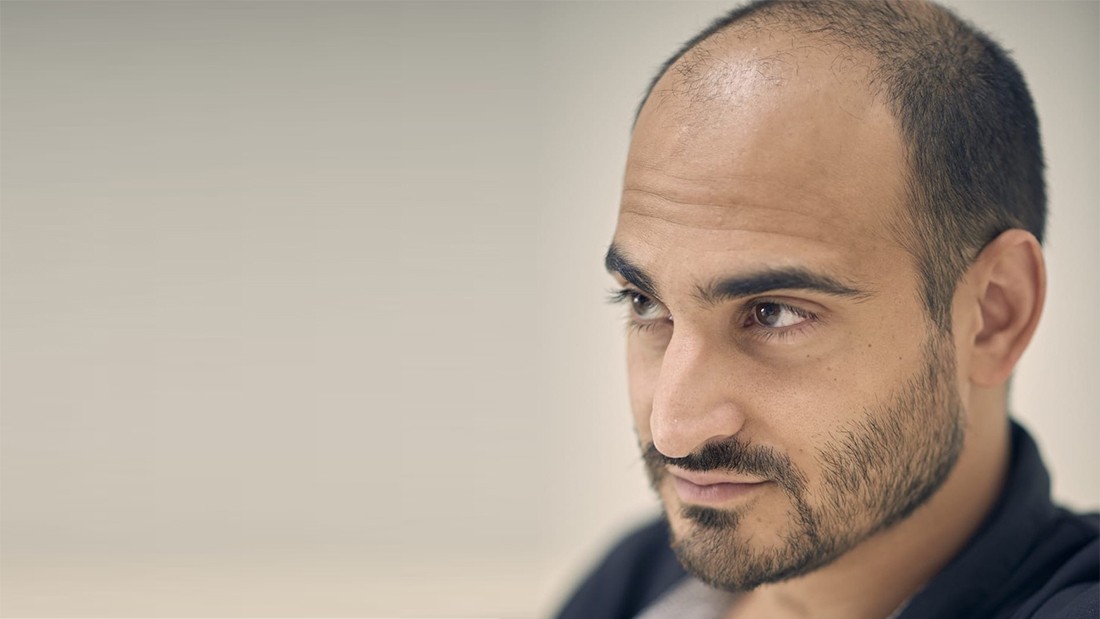 There was no question that Nathan Lucrezio wanted to sing, dance and act when he began looking at schools. He remembers visiting Penn State and finding it a bit overwhelming in its size but also was left with the feeling that the Musical Theatre program was strong and that this was a place where he would have other opportunities and experiences.

Nathan admits to needing time to find himself within the requirements of the degree program. Eager to express himself, he kept busy creating and doing different things, which left him a bit out of line with the program. In his second year, he received news that would re-focus him completely. A diagnosis of testicular cancer flipped his entire college experience. He describes himself as having been pushing the limits, and then, with the diagnosis, suddenly having to pull back. He had surgery in April of his second year and completed chemotherapy that summer, missing out on any summer job opportunities. Determined not to get behind, he returned to school that fall only able to take certain classes. Further major abdominal surgery to make sure that the cancer had not spread kept him out of school only a week and he returned with a cane. He had to sit out more classes. However, that spring, he caught up on the missed dance and musical theatre classes and performed in an opera, a benefit concert and in as many shows as he could while taking 22 credits.

Nathan describes his fourth year as his best year. He was healthy and focused and had learned to take his creative energy and put it into the degree program in a way that worked for him. He graduated on schedule.

Nathan hit the ground running, moving to New York City, finding a restaurant job and auditioning. His very first gig was a small showcase. He booked a 14-month cruise job, but he was focused on finding theatre work, so he turned it down. Just a month later, he was cast in the national tour of A Chorus Line, which earned him his Actors Equity card. He felt like he had booked his dream job. Upon his return from the road, Nathan kept busy in the city with showcases and workshops. He worked at Broadway Dance Center and spent time writing music and performing it. He was seen on NBC’s Smash and continued to audition, hoping to break into Broadway.

His first Broadway show came just as Nathan was starting to think that he would have to accept a job outside of the city. Rodgers + Hammerstein’s Cinderella would be a formative experience where he developed relationships and contacts (including this fellow alum interviewing him).  He would stay with the show through its closing.

Up until this point, Nathan says that he “had stayed connected to Penn State and his friends from there but the power of those connections really didn’t click until Cinderella. The stage manager was an alum and I was reconnecting with former classmates in the city.”

When he became a part of a Broadway company, he saw how your college musical theatre program could hold weight. It helped find jobs, and contacts and casting directors associated you with your college program. It was a network that made a difference and he was proud to be a part of it.

After Cinderella closed, Nathan was cast in Man of La Mancha at the Shakespeare Theatre Company in Washington, D.C. He had the opportunity to understudy Sancho Panza and enjoyed flexing his acting muscles. Then, just as he was wondering what was next, his agent called with an offer to join Aladdin on Broadway. This show would be a part of his life for the next four-and-a-half years.

After the first few years in Aladdin, a show in which he would learn and perform multiple tracks, he knew that he could stay with this show and see it out, but he also wanted to try other things. He was intrigued by a new production in the works called Diana: The Musical. Thanks to his Penn State connections, he was contacted by an agent when it came time to cast for that production.

Nathan took a leave from Aladdin and did the show at La Jolla Playhouse in San Diego, creating the role of Andrew Morton. He returned to Aladdin in a new track in December 2019 and started rehearsing for the Broadway run of Diana in January 2020.

Diana began previews in March 2020 and we all know what happened next. Nathan was honored to be a part of this new show, and to create a character. Though it would take a few years, Diana: The Musical finally got its Broadway run opening on November 17, 2021, at the Longacre Theatre.

Nathan also has a passion for writing, and for a long time he had been working on an idea for a story—one that would tell his own story, set in college. Before he was cast in Rodgers + Hammerstein’s Cinderella, he had a reading with some friends. Then, Aladdin and Diana came along. Now, theatres were closed and with encouragement from Haley Bennett, the associate musical director of Diana, the idea of turning his story into a full-fledged musical was born. He has had two readings of the piece, titled UnHeard. Now, working on a new draft, the next step will be to send it out and see where it goes.

I asked him what it was like to put this part of his life up for all to see. He said that he actually feels far removed from that time, but finds that in writing something about his life in an artistic way, it can live beyond him and hold resonance. The show is a way for him to be creative and express what he had to go through. To honor it, while sharing it.

The last ten months have been a whirlwind: working on his musical and performing in numerous shows from North Shore Music Theatre to City Center, a new musical in Kansas City, an independent film, a solo show at The Green Room 42, and even one-week cruise gigs as part of a group called The Boy Band Project. The day after this interview, he was leaving for Washington, D.C., to perform in Guys and Dolls at the Kennedy Center.

Through it all, Nathan has just wanted to show people who he is through his craft. In his career so far, he has learned how important it is to exist within a community—which started at Penn State. Those relationships have made him stronger as an artist, where in collaborating with people, he makes his best art.

Interviewed by Allison Lee (’95 BFA Stage Management), current president of the School of Theatre Affiliate Program Group (Theatre Alumni Group). “Spotlight on Alumni” is a project of the SOT APG.