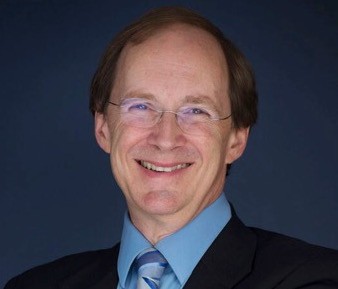 Timothy Shafer has concertized extensively throughout the United States, performing, teaching, and discussing the rich heritage of piano repertoire. He is the recipient of Oberlin Conservatory’s “Rudolf Serkin Outstanding Pianist Award,” Indiana University School of Music’s annual Concerto Competition, and the Pennsylvania Music Teachers Association “Teacher of the Year” award.

Shafer has appeared both as a soloist and a chamber musician in Carnegie Hall’s Weill Recital Hall, maintains an active solo recital and chamber music schedule in the United States, and is a frequent soloist with regional orchestras, having appeared in more than 40 concerto performances in his career. As a member of Duo Concertant with violinist James Lyon he has recorded “Outstanding in Our Field,” a CD featuring works for piano and violin by Strauss, Debussy, and Stravinsky. He appears frequently in recital with his daughter, soprano Sarah Shafer.

As professor of piano at Penn State, he has concertized, taught, and adjudicated in South America and Asia. He is also well-known as a frequent masterclass clinician and competition adjudicator throughout the country for professional music organizations and colleges.

Shafer is the co-author ofClass Piano for Adult Beginners,published by Prentice-Hall, and his articles on piano teaching and repertoire have appeared in thePiano Pedagogy Forum, theAmerican Music Teacher, and in both volumes ofThe Pianist’s Craft.Shafer served for many years as the national chair of the National Conference on Keyboard Pedagogy’s Student Committee. He has mostly recently completed a decade of service as the senior music consultant for the Orthodox Presbyterian Church in its publication of the new Trinity Psalter-Hymnal; the volume was just released for publication in May of 2018. Shafer earned degrees in piano performance from Oberlin Conservatory and Indiana University’s Jacobs School of Music.