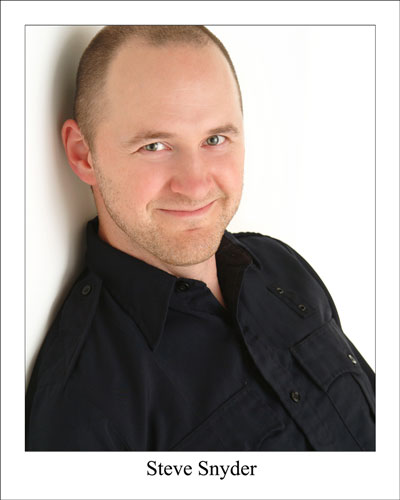 Steve Snyder teaches Acting and Shakespeare Performance for the MFA, BFA, and BA performance programs in the School of Theatre. He directed last year’s production of TWELFTH NIGHT. In 2015, Steve came to Penn State from Bradley University, where he was lead professor of Performance for the Department of Theatre Arts for nine years. While at Bradley, Steve created a collaborative relationship with the House Theatre of Chicago?resulting in a devised production of Pinocchio, and with Sean Graney?resulting in an adaptation of one Third of a Nation, was invited to teach in Bradley?s Honors Program, led multiple excursion and training courses in London, directed 15 productions, and was honored with the university?s Caterpillar Award for Excellence in Teaching in 2007. Steve?s work fuses training in Meisner technique and other Stanislavski-based approaches, Physical Theatre/Lecoq-based techniques, and Shakespeare/First Folio approaches to lead actors into deeply committed and personalized playing of highly specific characterizations in any style.

Steve has worked professionally in the theatre as an actor, director, writer, and teacher for nearly 20 years. Work includes productions with American Players Theatre, Drury Lane Theatre, Chicago Shakespeare Theater, Writers? Theatre, Strawdog Theatre, and Noble Fool Theatre, among others. He has spent seasons with The Asolo Theatre Festival in Sarasota, FL and Summerstock in Findlay, OH. He has created original theatrical material for Chicago Children?s Museum, Chicago Public Schools, and Newlife Community Church in Chicago. He and his wife, Libby, created Lion?s Heart Theatre Company and produced the cabaret I?m Her Boobie: The Realities of New Motherhood Revealed in Song, Godspell, and The Santaland Diaries, in which Steve played Crumpet.