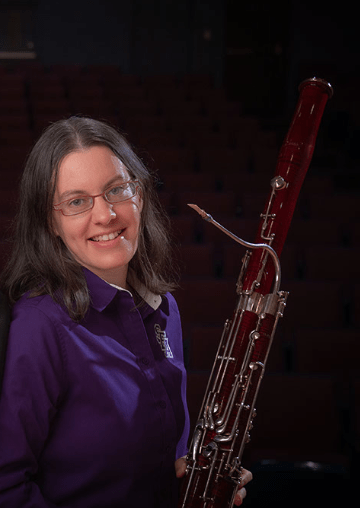 A native of Halifax, Nova Scotia, Dr. Margaret Fay holds a Doctor of Music in Bassoon Performance from Indiana University. She has also completed a Master’s in Music Theory from the University of British Columbia, a Master of Music in Bassoon Performance from Ithaca College, and a Bachelor of Music from the University of Toronto. She has held positions at Stephen F. Austin State University, Western University in London, Ontario, and the University of Guelph, and performed with the Vancouver Symphony, Kitchener-Waterloo Symphony, Windsor Symphony, London Symphonia, Niagara Symphony Orchestra, and Opera Ontario. She has presented at conferences of the International Double Reed Society, Texas Music Educators Association, and the National Association of College Wind and Percussion Instructors.