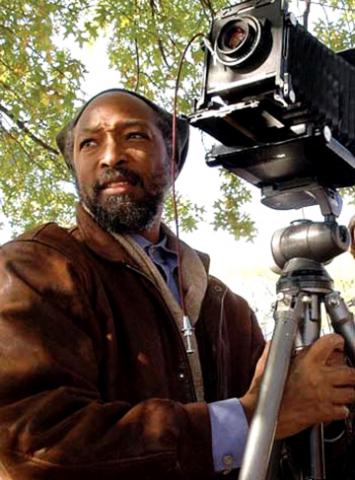 Lonnie Graham, is an artist, photographer, and cultural activist whose work addresses the integral role of the artist in society and seeks to re-establish artists as creative problem solvers. Lonnie Graham is a Pew Fellow and Professor at Pennsylvania State University. Professor Graham is formerly Acting Associate Director of the Fabric Workshop and Museum in Philadelphia Pennsylvania. Graham also served as Director of Photography at Manchester Craftsmen’s Guild in Pittsburgh, Pennsylvania, an urban arts organization dedicated to arts and education for at-risk youth. There, Graham developed innovative pilot projects merging Arts and Academics, which were ultimately cited by, then, First Lady Hillary Clinton as a National Model for Arts Education. Professor Graham also served as an instructor of special projects and oral historian for the Original Barnes Foundation in Merion Pennsylvania. In 1986, Professor Graham authored a project entitled, “A Conversation with the World,” which has been commissioned in various iterations in a number of countries around the world.