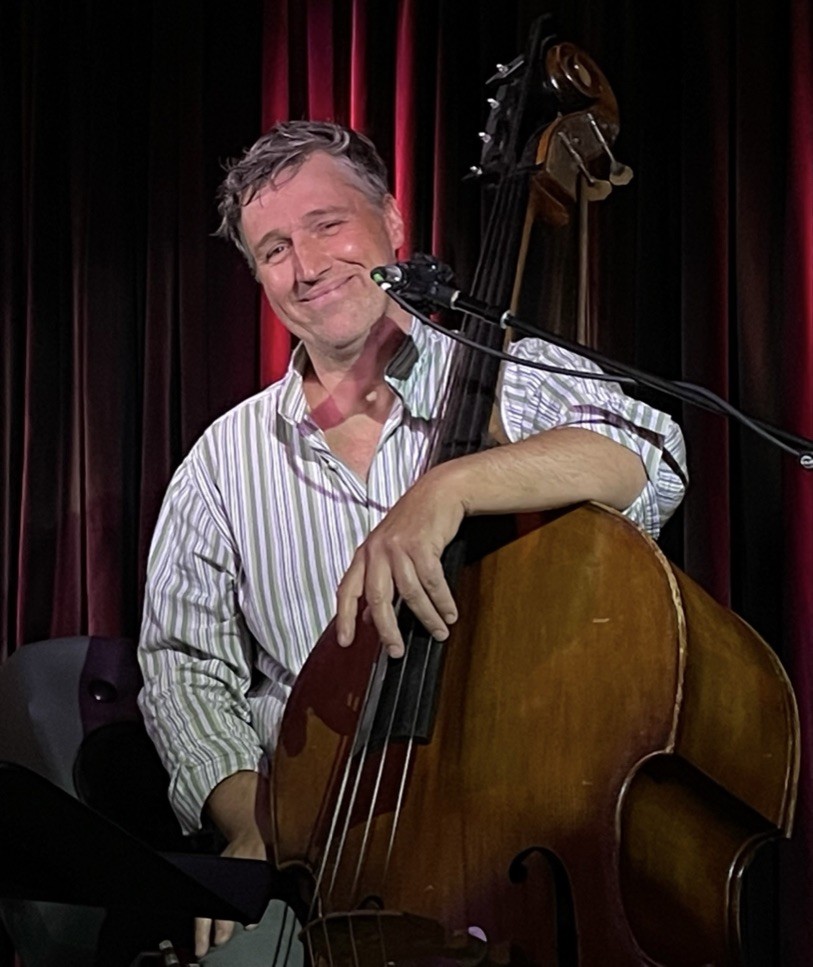 Joshua Davis was appoinited as the Director of Jazz Studies in Fall 2022. Dr. Davis joined the Penn State music faculty in 2018 as a lecturer teaching classical and jazz double bass and ensembles. Prior to his appointment, he was the Director of Jazz Studies at Susquehanna University (2006–2018) and at Towson University (2002–06). Before Towson, he was an awarded leader of curriculum development at Berklee College of Music where, as one of the youngest faculty members, he taught for six years. Joshua spent two years as a member of the faculty at the University of Maine at Augusta and has taught numerous performance skills clinics at USC, Berklee, Koyo Conservatory in Kobe, Japan, the Fairbanks Summer Arts Festival, and various schools of all grades throughout the United States. MENC-affiliate work includes Maryland All-State Solo/Chamber adjudication, directing a District Jazz Ensemble (Tunkhannock, Pa.), and conference presentations about improvisation and other jazz performance skills at MMEA (MD), PMEA (PA), MD All-State Jazz, and VMEA (VT).