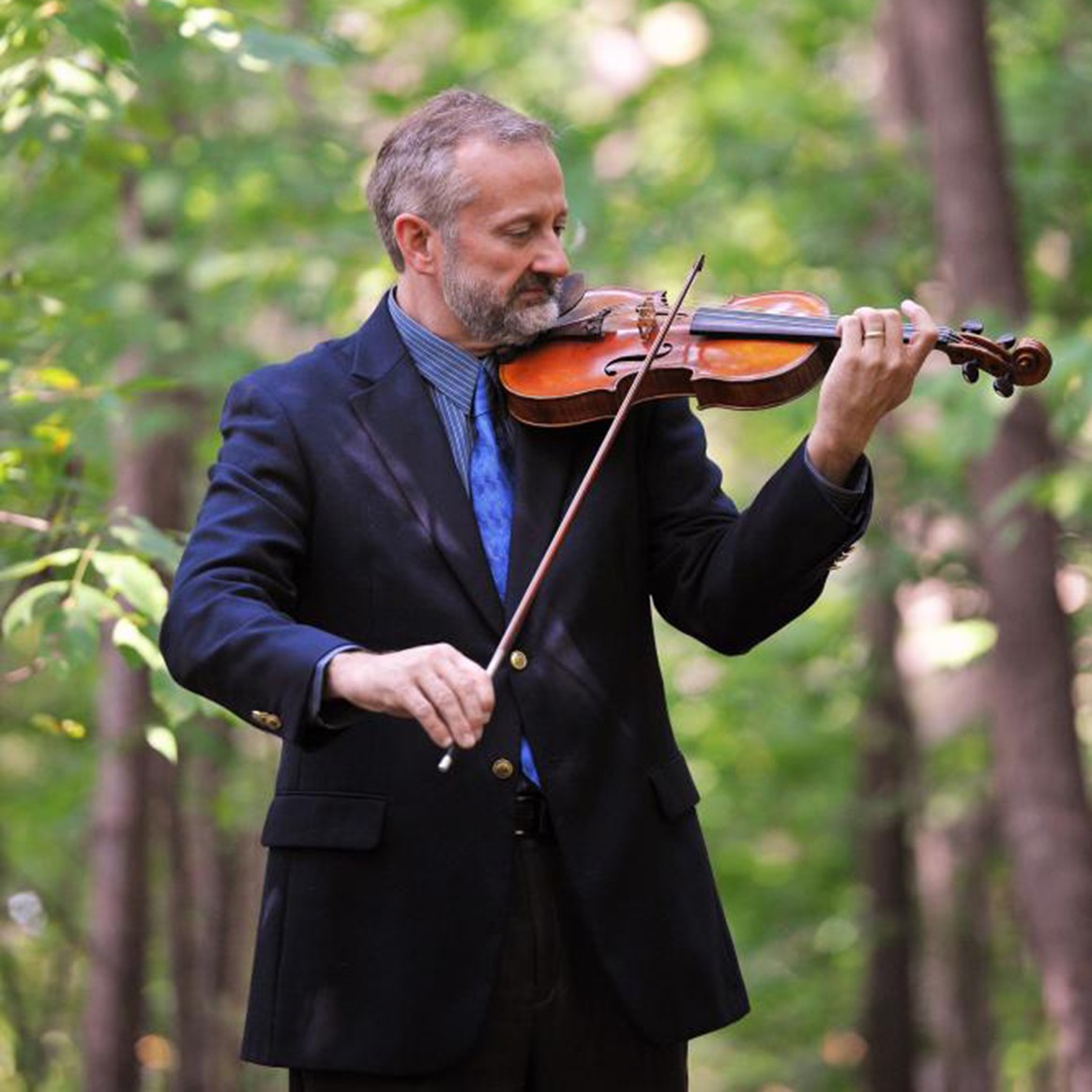 Praised as “a dramatic violin soloist,” James Lyon has been lauded by the press for his “virtually definitive performance” of Mozart’s Violin Concerto No. 5 in A major, K. 219. His performances have taken him to places as varied as Amman, Jordan, where he performed for Queen Noor; to Venice, where he performed in a concert attended by Gian Carlo Menotti; to Carnegie Hall’s Weill Recital Hall, where he performed to critical acclaim as a member of two Penn State ensembles, the Castalia Trio and Duo Concertant.

Lyon has presented masterclasses at the Central Conservatory of Music in Beijing, the Victorian College of the Arts in Melbourne, the Paris Conservatory, and at the Eastman School of Music. He has collaborated in performances with members of the Ying and Tokyo Quartets, as well as members of the Lincoln Center Chamber Players. Prior to his appointment at Penn State, Lyon was a member of the Harrington Quartet, 1987 Grand Prize Winners of the Fischoff National Chamber Music Competition and Artists-in-Residence at West Texas State University.

Lyon’s students have been national prizewinners in both the Young Artists Division of the Music Teachers National Association Competition and the American String Teachers Association Solo Competition, as well as numerous local and regional competitions. They perform in the Spektral Quartet, the U.S. Army Strings, the Cleveland Orchestra, the San Diego Symphony (CM), the Erie Chamber Orchestra (CM), the Baton Rouge Symphony (Assoc. CM), and other fine orchestras. His students are on the faculties of the University of Chicago, Louisiana State University, the University of North Carolina at Chapel Hill, Rider University, Grove City College, and Lycoming College. Numerous students have become outstanding music educators, as well as private teachers of violin.

He has been honored to receive teaching awards from the Pennsylvania-Delaware String Teacher’s Association and the College of Arts and Architecture at Penn State, where he was also a Schreyer Distinguished Honors Professor from 2011–14. His recordings are available worldwide through CD Baby, iTunes, and Amazon, and include several works by prominent women composers of the 19thcentury. His recording with the Castalia Trio of trios by Brahms and Ravel was honored with the Sound Stage Award shortly after it was released on Skrvna Records in the Czech Republic.

James Lyon is a professor of music at Penn State and is a member of the violin and chamber music faculty at the Wintergreen Academy in Virginia. He performs on an 1869 Jean-Baptiste Vuillaume violin, as well a 1983 violin crafted by American luthier David Burgess. He is married to cellist Carol Purdy Lyon and resides in Boalsburg, PA.