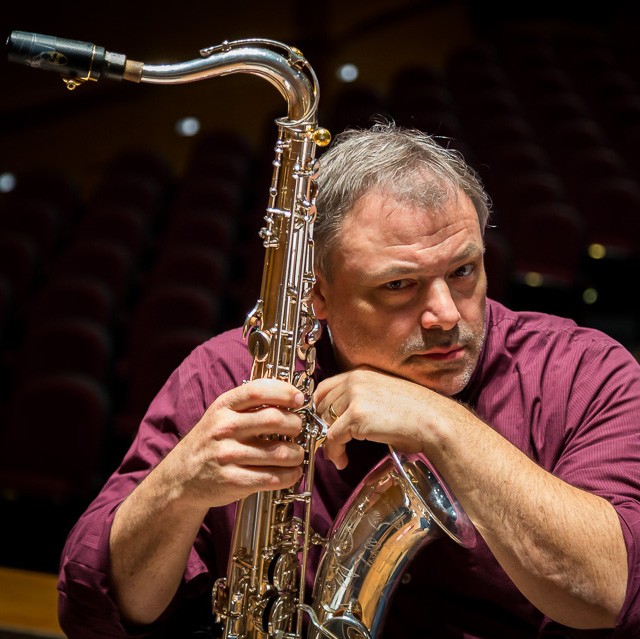 Originally from the Washington, D.C. area, saxophonist David Stambler has established himself as a dynamic and active performer throughout the United States, performing both jazz and classical music. His concert activities include recitals and appearances as a symphonic soloist, as well as “on-call” engagements as a saxophonist with many orchestras including the Annapolis Symphony, the Bay Atlantic Symphony, the Richmond Symphony, the National Gallery Orchestra, the Baltimore Symphony, the Baltimore Chamber Orchestra, and others. He has performed internationally, including in Italy, Spain, Scotland, Austria, Slovenia, Russia, Japan, China, Canada, and Bermuda, and has appeared with dozens of orchestras across the United States as saxophonist, arranger, and manager of the renowned saxophone ensemble, the Capitol Quartet.

Stambler has distinguished himself as an advocate for new compositions for saxophone, premiering numerous works including Five Portraits by Jonathan Leshnoff, November by Elam Sprenkle with the Baltimore Chamber Orchestra, Dos Movimientos by Guggenheim-winner Carlos Sanchez-Gutierrez with the Bay Atlantic Symphony, Concerto for Saxophone by Copland Award-winning composer James Grant, Still the Fire by Guggenheim-winner John Anthony Lennon, Suite for Saxophone and Moments Musicale by Mark Lanz Weiser, and many others. He is the founder and president of the Margot Music Fund, a 501-c-3 non-profit organization that raises money for and sponsors scholarships, performances, and commissions.