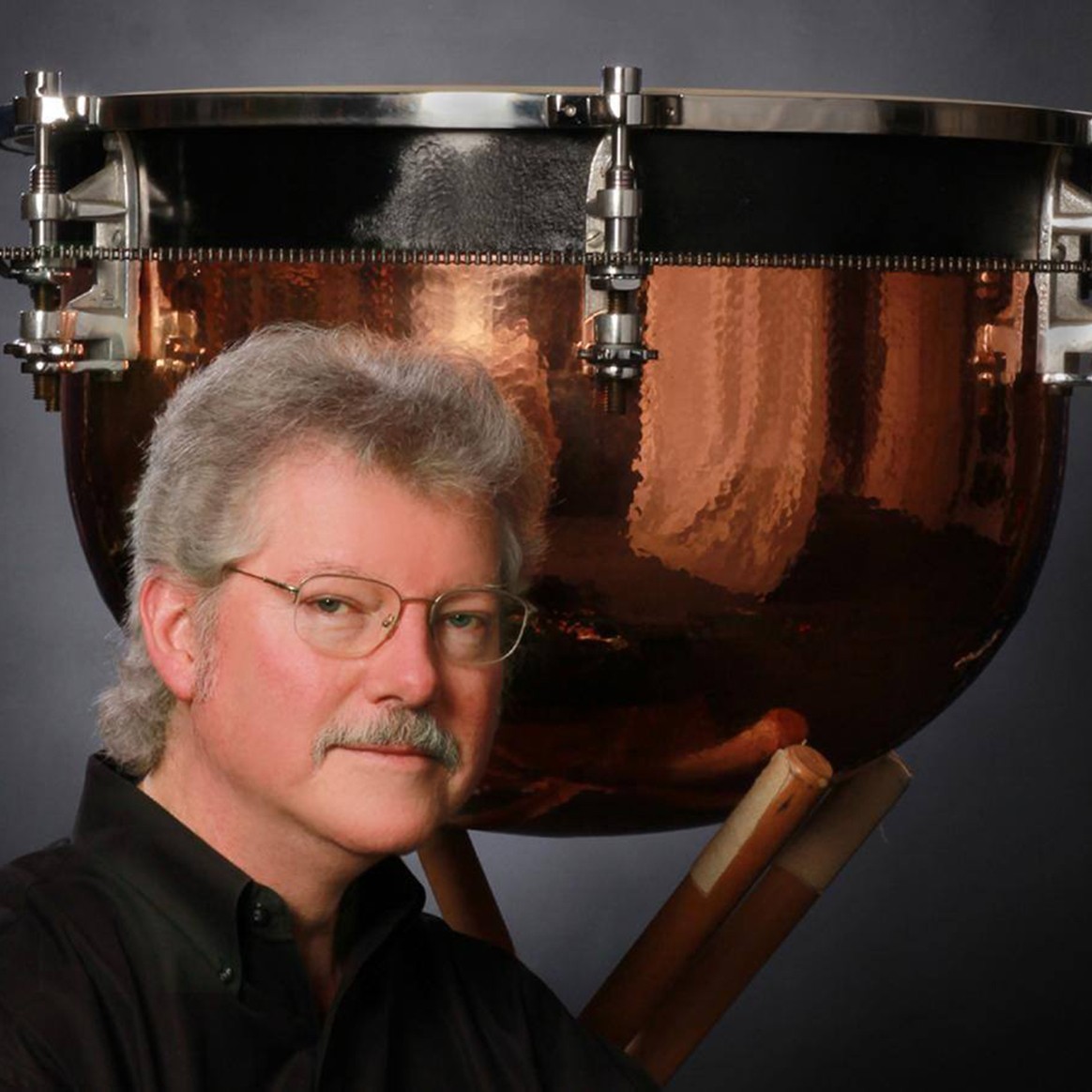 Dan C. Armstrong is Professor Emeritus of Percussion at Penn State University (1982-2020). In 2020, he was honored by the PSU College of Arts and Architecture with an Outstanding Teaching Award.

A versatile musician, Dan has made recordings with the Armstrong Flute and Percussion Duo, the Grammy-winning Chestnut Brass Company, and (as a student) the North Texas 1:00 Lab Band. He has performed across the country, including Alaska, with the Paragon Ragtime Orchestra, and appeared at numerous jazz festivals as drummer for The Tarnished Six Traditional Dixieland Jazz Band.

As an orchestral musician, Dan has performed with numerous orchestras and music festivals including the Dallas, San Antonio, Florida (TFO), Jacksonville (FL) and Oklahoma City symphonies, as well as with the Aspen, Breckenridge, and Grand Teton music festivals and the Santa Fe Opera orchestra. He also performed with the Colorado Music Festival in Boulder, CO for many seasons.

Dan’s strong interest in and involvement with mallet ensembles began early in his career when he was a student of James R. Dotson, concertmaster of The Marimba Masters of Eastman.  Dan organized and conducted the PASIC ’90 Marimba Orchestra and, in 1998, was principal advisor and co-principal bass marimbist with the 140-piece Marimba Festival Orchestra at West Point.  In 2015, Dan performed with and guest conducted the 112-piece “Celebrate Marimba” Festival Orchestra at Kutztown University. Dan’s mallet ensembles have been performed and recorded by numerous American university percussion groups as well as in Japan and South Korea.

Dan C. Armstrong is an artist for Sabian Cymbals and Innovative Percussion.