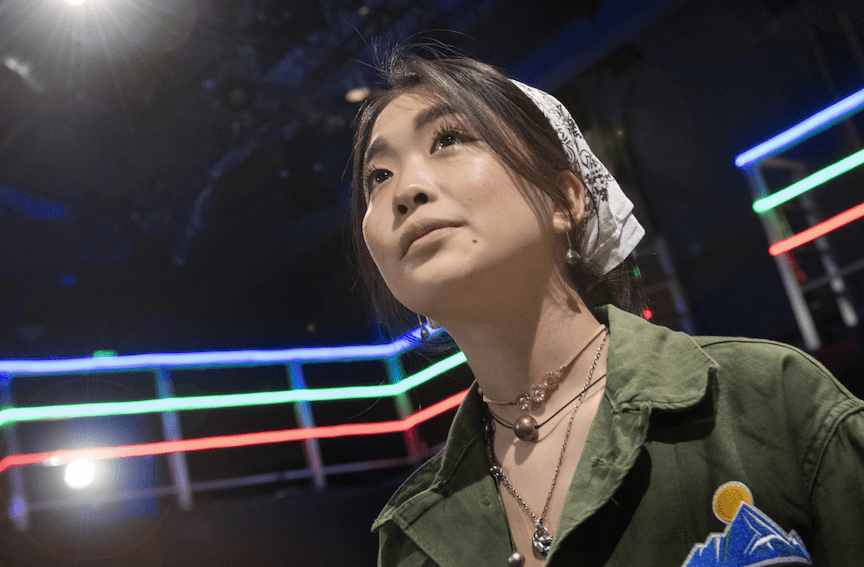 Penn State Centre Stage is readying for the debut of “Nostalgia Night,” February 8-19 at the Pavilion Theatre, which was written during the COVID-19 pandemic and supported by the New Musicals Initiative.

“Nostalgia Night” tells the story of the Laughlin High School Class of 2021 as they enjoy their final night of teenage fun at club EnVideon, an ‘80s-themed underage nightclub. The musical is a unique look into issues that many young adults struggle with: change and transformation.

Every year, the Penn State New Musicals Initiative partners with several high-profile New York City playwrights who come to the University Park campus to meet and get to know the B.F.A. Musical Theatre junior class, and then write a musical inspired by those young artists.

“Nostalgia Night,” with book by Sofya Levitsky-Weitz and music and lyrics by Mathew McCollum, was commissioned in February 2020, right before the pandemic hit.

“The play was in the works before COVID-19 was even in the news,” said John Simpkins, director of the musical and head of Penn State’s Musical Theatre program. “The writers chose to focus on these ideas of isolation and change without even realizing the power it would have in the future.”

Simpkins emphasized that although the play is not about the pandemic, the themes tie in heavily to the current state of the world.

“We didn’t set out to write about the pandemic and it isn’t based on COVID-19, but you can’t not be influenced by it,” Simpkins said. “Even as we stand here talking to each other with masks on, we see just how much COVID has affected us all.”

“Nostalgia Night” is an homage to the youth of America and celebrates their faults just as much as their character.

Levitsky-Weitz and McCollum wanted to create a musical that treats students as intelligent, inquisitive, hopeful, angry, excited, curious people who have no idea where they are going in life but cannot wait to find out.

The music and visuals of the play are a pastiche of the ‘80s, despite the play being set in 2021. Simpkins explained that the concept of nostalgia was utterly fascinating to the writers, especially considering this nostalgia was for a decade that occurred ten or more years before these students were born.

The ‘80s aesthetic works with the concepts of blurred identities and self-discovery addressed in the play, highlighting the fact that these high school graduates have yet to discover who they really are.

“These students were not around for the ‘80s and yet they know the styles, the fashion and cultural references of the time,” Simpkins said. “They want their own identity and feel the need to capture unique, authentic behavior, rather than being exactly who the world wants them to be.”