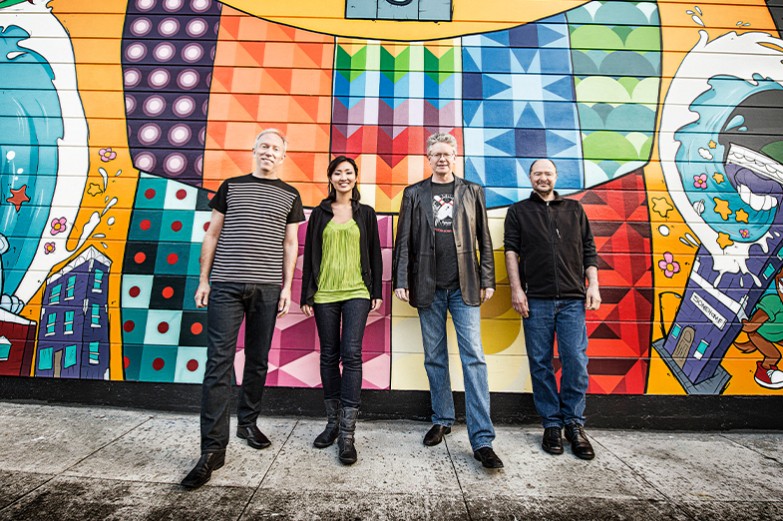 The Center for the Performing Arts welcomes the virtual return of the groundbreaking Kronos Quartet in a presentation of the string ensemble’s performance film “Testimony.”

The program is part of the Center for the Performing Arts 2020–2021 “Up Close and Virtual” season.

“Testimony” was recorded in October in an empty Bing Concert Hall at Stanford University. The musical reflection of modern history features a nod to Jimi Hendrix’s version of “The Star-Spangled Banner,” as well as new works by Rhiannon Giddens, Charlton Singleton, Meklit and others. Kronos also performs to audio clips by up-and-coming California spoken-word artists, including Jarvis Subia, Zouhair Mussa and Anouk Yeh.

The performance of “Testimony” is part of “50 for the Future,” the Kronos Learning Repertoire. The project, started in 2015 and ending this year, includes 50 composition commissions by artists mentored by the quartet.

Multiple award-winning Kronos Quartet—David Harrington and John Sherba (violins), Hank Dutt (viola) and Sunny Yang (cello)—has released more than 60 recordings, collaborating with many of the most accomplished composers and performers, and commissioning more than 1,000 works and arrangements.

Watch a video of “The President Sang Amazing Grace” sung by Meklit and performed by Kronos. The song was written by Zoe Mulford and popularized by Joan Baez.

Kronos, with Iranian vocalist Mahsa Vahdat, most recently performed at Eisenhower Auditorium in January 2020 in “Music for Change: The Banned Countries.”