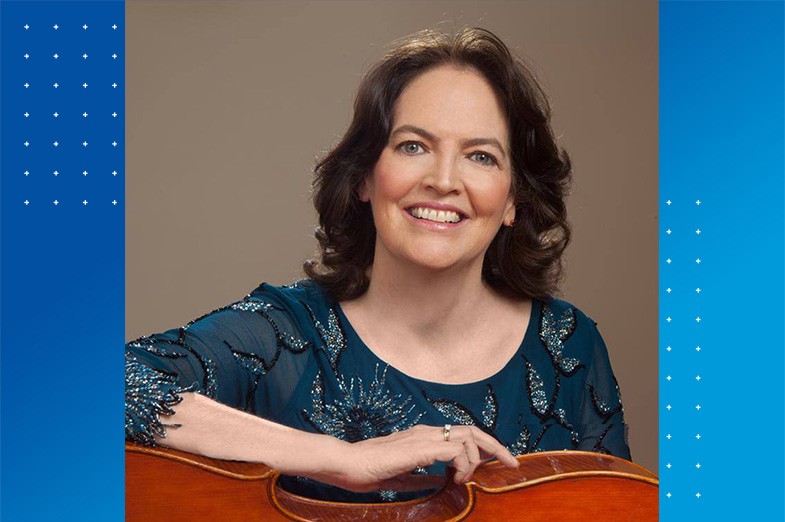 Kim Cook’s Oct. 1 cello concerto at Yale to be livestreamed

Kim Cook, distinguished professor of cello, is set to premiere a cello concerto written by the late Paul Reale, celebrated composer and collaborator with Cook.

The livestreamed performance will premiere at Yale University on Oct. 1 at 7:30 p.m. and will be recorded for Naxos on Oct. 2 with the Yale Symphony Orchestra conducted by William Boughton.

Reale, who was a UCLA professor emeritus of music composition and theory, and a classical music composer, died in 2020. He wrote and dedicated the concerto to Cook shortly after being diagnosed with a terminal illness.

“I am honored that Paul Reale wrote this concerto for me,” Cook said. “I am excited to return to Yale, my alma mater, and to collaborate with Dr. Boughton and the Yale Symphony in the beautiful Woolsey Concert Hall for this challenging concert and recording premiere.”

Cook and Reale first worked together in 2018 when she recorded his Solo Sonata and other works for cello and piano for Naxos, a classical music label. The recording titled “Chopin’s Ghosts” received a Top Five Award from Fanfare.

Cook has performed as a soloist in 30 countries and has toured as Artistic Ambassador for the U.S. State Department. She has premiered six new solo concertos as well as over 40 other works for solo and chamber ensembles.

The Oct. 1 concert will be livestreamed at https://yso.yalecollege.yale.edu/live-stream