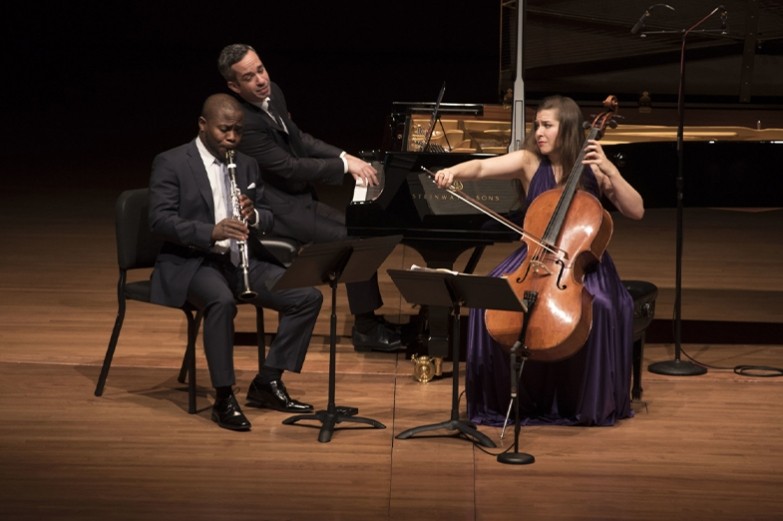 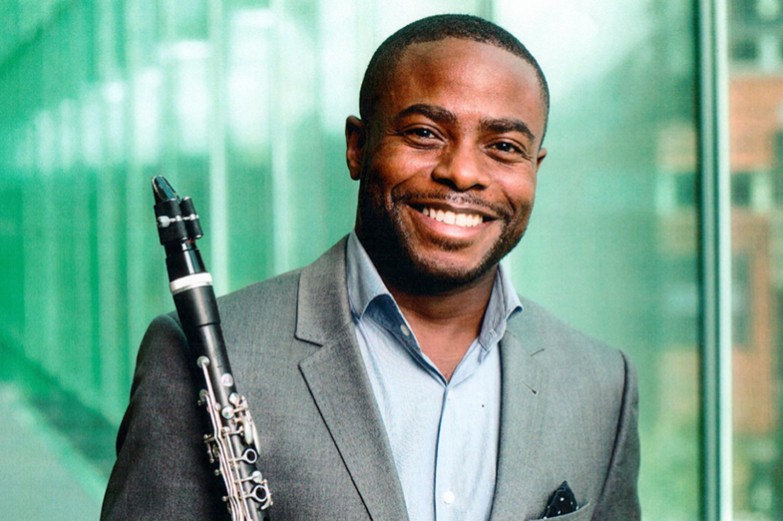 Musician and activist Anthony McGill is the featured soloist in the next episode of Chamber Music Society of Lincoln Center’s “Front Row: National.”

The program features Olivier Messiaen’s clarinet piece “Abyss of the Birds” from “Quartet for the End of Time”; Francis Poulenc’s Sonata for Clarinet and Piano featuring pianist Gloria Chen; and Johannes Brahms’ Trio in A minor for Clarinet, Cello and Piano, Op. 114, featuring cellist Alisa Weilerstein and pianist Inon Barnatan.

The program is part of the Center for the Performing Arts “Up Close and Virtual” 2020–21 season. Contributions from the members of the center and a grant from the University Park Student Fee Board help make the program free of charge.

McGill is the New York Philharmonic’s first African-American principal player and currently its only Black musician. In response to the death of George Floyd last May and the unrest afterward, McGill recorded a “wrong-note” version of the patriotic anthem “America the Beautiful” to accompany his #TakeTwoKnees message. Also in 2020, he won the Avery Fisher Prize, a major award for American classical musicians.

This is McGill’s third Center for the Performing Arts-related appearance. He was a guest artist on the Feb. 23 virtual “Meeting the Moment with Michael Mwenso,” and he performed at Schwab Auditorium in 2017 as part of a trio with Barnatan and Weilerstein.

Finckel and Han previously performed at the Center for the Performing Arts as a duo in 2005, and with violinist Philip Setzer in 2017 and 2018 for the Beethoven Piano Trios. Finckel also performed at Penn State—in 1990, 2002 and 2009—when he was a member of Emerson String Quartet.