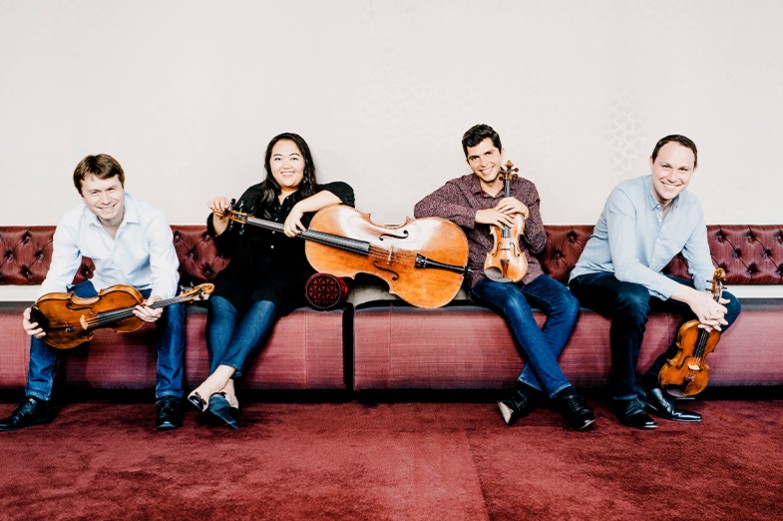 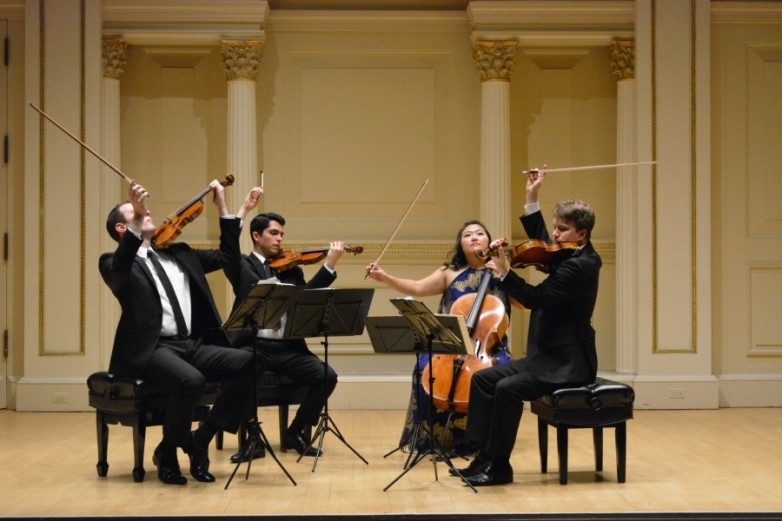 Calidore String Quartet, praised by a Los Angeles Times reviewer for its musicians’ intuitive balance of “intellect and expression,” performs in the next episode of “Front Row: National.”

The Chamber Music Society of Lincoln Center free online concert series features an introduction by organization Co-artistic Directors David Finckel and Wu Han and an interview with the quartet musicians during intermission.

The program is part of the Center for the Performing Arts “Up Close and Virtual” 2020–21 season. Contributions from the members of the center and a grant from the University Park Student Fee Board help make the program free of charge.

Calidore’s name represents the “golden state” of California and its reverence for diversity in the quartet’s home city of Los Angeles. In October, the quartet released its second album, “Babel,” which includes works by Robert Schumann, Dmitri Shostakovich and Center for the Performing Arts alum Caroline Shaw. Calidore celebrated its 10th anniversary during the 2019–20 season by honoring Ludwig van Beethoven’s birth with performances of his string quartets.

Finckel and Han previously performed at the Center for the Performing Arts as a duo in 2005, and with violinist Philip Setzer in 2017 and 2018 for the Beethoven Piano Trios. Finckel also performed at Penn State—in 1990, 2002 and 2009—when he was a member of Emerson String Quartet.

Visit “Up Close and Virtual”  for more information about forthcoming events.