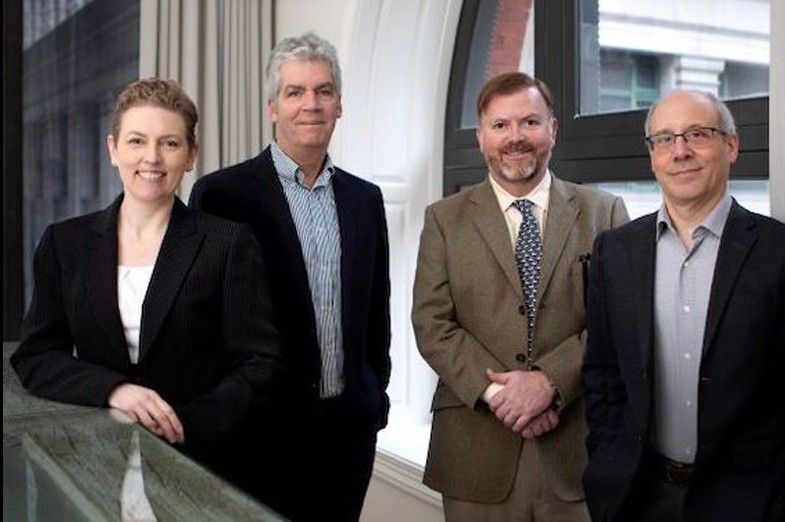 Archer & Buchanan Architecture, led by Penn State architecture alumni Michele Thackrah, 1993, Peter Archer, 1979, and Dan Russoniello, 1979, as well as Richard Buchanan, has established the Archer & Buchanan Architecture Scholarship at Penn State, as part of the firm’s celebration of its 25th anniversary in 2021. The scholarship will be awarded annually to an architecture student who demonstrates financial need and whose gender, race, ethnic, cultural or national background contribute to the diversity of the student body.

Professor Mehrdad Hadighi, head of the Department of Architecture at Penn State, said the scholarship will aid the department’s recruiting efforts. “We are grateful to Archer & Buchanan Architecture for funding this scholarship that will help us recruit and sustain students who will contribute to the diversity of our student body. There is nothing more important than relieving economic concerns so that our students may concentrate on their world-class architectural education.”

According to Thackrah, the scholarship is one way the firm can support the next generation of architects. “We are delighted to … help sustain the level of design training we have come to expect from Penn State,” said Thackrah. “Well-designed buildings, particularly homes, will always be a meaningful part of everyday life. We look forward to crafting the home’s ever-evolving architectural expression for decades to come.”

Also, as part of Archer & Buchanan Architecture’s 25th anniversary, the firm is holding a Day of Service as a natural extension of its pro bono design work for nonprofit institutions, and publishing a monograph of the firm’s work, to be edited by award-winning author and architect James B. Garrison and released in late 2021.

The firm, based in West Chester, Pennsylvania, is best known for residential, institutional and equestrian work. For more information, visit archerbuchanan.com.

This gift will advance “A Greater Penn State for 21st Century Excellence,” a focused campaign that seeks to elevate Penn State’s position as a leading public university in a world defined by rapid change and global connections. With the support of alumni and friends, “A Greater Penn State” seeks to fulfill the three key imperatives of 21st-century public university: keeping the doors to higher education open to hardworking students regardless of financial well-being; creating transformative experiences that go beyond the classroom; and impacting the world by serving communities and fueling discovery, innovation, and entrepreneurship. To learn more about “A Greater Penn State for 21st Century Excellence,” visit greaterpennstate.psu.edu.

Due to lingering concerns surrounding the COVID-19 virus and its variants, Penn State’s 2021 Architecture and Landscape Architecture Summer Camp will be held remotely July 12-15.

Eight current and recently-graduated students from the Department of Landscape Architecture have received honors for their work through the ASLA Student Awards program.