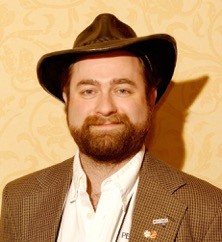 Professor William Kenyon serves as Head of the Lighting Design Program at Penn State. An active professional designer with over 150 designs for theatre, dance, opera, and musicals to his credit, William has recently designed the lighting for several Penn State locations, including the 2013 re-creation of the iconic Nittany Lion Shrine, the Art Room in Schreyer House, and the new theatre space incorporated into the Tank 5 water tower adjacent to the SALA Building.

William is also the author of the new textbook, Theatre & Stage Photography, and offers stage photo workshops around the world. His recent production work includes performances at The Kennedy Center, Lincoln Center, Wolftrap, and the Qatar International Arts Festival. He has also designed for The Hangar Theatre, The Metropolitan Playhouse, Opera Delaware, Ballet Theatre of Central Pennsylvania, Nebraska Rep, Russian Ballet Theatre of Delaware, Opera Omaha, University of Iowa, and MTI-Disney. He has been involved in Native American theatre and dance for over 15 years, serving as resident LD for the American Indian Dance Theatre, and was involved in the complete reimagining of “Unto These Hills,” a massive outdoor spectacle celebrating the history of the Cherokee.

Prior to Penn State, William taught Lighting and Sound Design at the University of Nebraska-Lincoln. He received his BFA from the University of Connecticut, having studied with Jim Franklin, and his MFA from Brandeis University, having studied with Bob Moody, Dennis Parichy, and Karl Eigsti. William serves as Chair of a newly-created History & Heritage Committee with USITT and was recently elected Chair of the OISTAT Education Commission. Member of USITT, OISTAT, IALD, IESNA, and USAA Local #829 in the areas of Lighting and Sound Design.