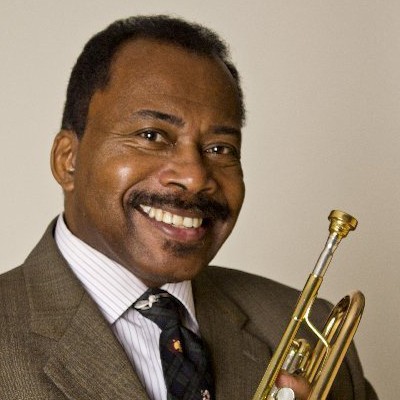 Fitzgerald performed the Haydn trumpet concerto on the Baltimore Choral Arts Society’s TOUR de France in Paris and Southern France. His 2005 appearance at the International Trumpet Guild Conference in Bangkok, Thailand not only featured him as trumpet soloist and chamber performer but also as conductor of the trumpet ensemble “en masse” which concluded the conference‚Äîa tradition that has continued to prevail. He performed the world premiere of “Down a River of Time” by Eric Ewazen at the 35th International Trumpet Guild Conference in Sydney, Australia. He also performed the U.S. premiere of the work in his 2010 Penn State faculty recital with the composer at the piano.

Fitzgerald performs with the Penn State faculty brass quintet,The Pennsylvania BrassWorks (WPSU TV/FM). In addition, he is first trumpet and founder of both the Giovanni and the Potomac brass quintets. His freelance work in Baltimore and Washington has included performances at three presidential inaugurations and three “Christmas in Washington” nationally televised specials. He helped to contract and played co-principal trumpet at the nationally televised Millennium celebration at the Jefferson Memorial in Washington, D.C.

Prior to joining the Penn State faculty, Fitzgerald taught trumpet at Catholic University (1990-2003). He also taught at the Peabody Conservatory of Music from 1990 to 2005 (including three years while he was on the Penn State faculty). He was lecturer at the National Orchestral Institute at the University of Maryland at College Park, Maryland. Fitzgerald served as assistant professor of trumpet, coordinator of the brass department, and orchestra conductor at Howard University in Washington, D.C., from 1970 until 1976. He has also taught trumpet at such schools as Morgan State University, the Duke Ellington High School for the Performing Arts, University of Maryland at Baltimore County, University of the District of Columbia, Towson State University, and Western Maryland College.