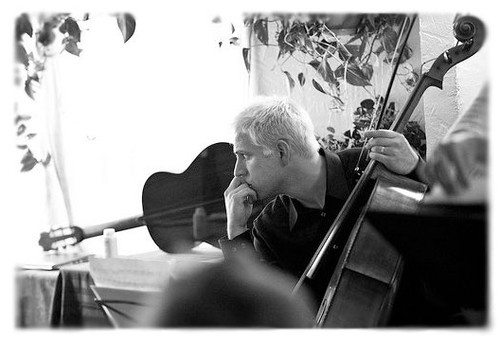 Jonathan Dexter, music technology instructor, conductor, and cellist, received music degrees from the Oberlin Conservatory, the Franz Liszt Academy in Budapest, and the University of Texas at Austin. Performance highlights include the Jimmy Fallon Show, The View, Fox and Friends, Rachel Ray, and live on Sirius XM satellite radio. Recently, Jonathan was part of the recording “Irving Berlin: This is the Life” with the Paragon Ragtime Orchestra. Jonathan has been featured in many recordings including SONY Masterworks & Columbia Records recordings with singer Megan Hilty and at two sold-out CD release shows in 2013. Other highlights include the Kerrville Folk Festival with David Amram (2011), the Trans Siberian Orchestra (2008–12), and Mannheim Steamroller (2015–16) He has been heard on film soundtracks for Bernie (2013) and A Scanner Darkly (2006). He produced strings for the 2011–13 seasons of NBC’s TV series Smash and composed the original score to the short film Recess, an official selection at the 2012 Cannes Film Festival. With the Allegria Ensemble, Jonathan has been a part of a musical outreach show “How to Listen to Classical Music” with Debbie Trudeau funded by the PA Council on the Arts (2014–16). Jonathan performs with the Paragon Ragtime Orchestra, Penn’s Woods Music Festival Orchestra, principal cello with Altoona Symphony, and with his own original music trio, THE UNBANNED, seen at Arts Fest and monthly at the Happy Valley Brewing Company.

Mr. Dexter is a much sought-after cello teacher, highly esteemed by his students.