From architectural history to color theory workshops, to art/design trends and topics across cultures and times, research is fundamental to the study of Art History, and research is a key strength of our department. 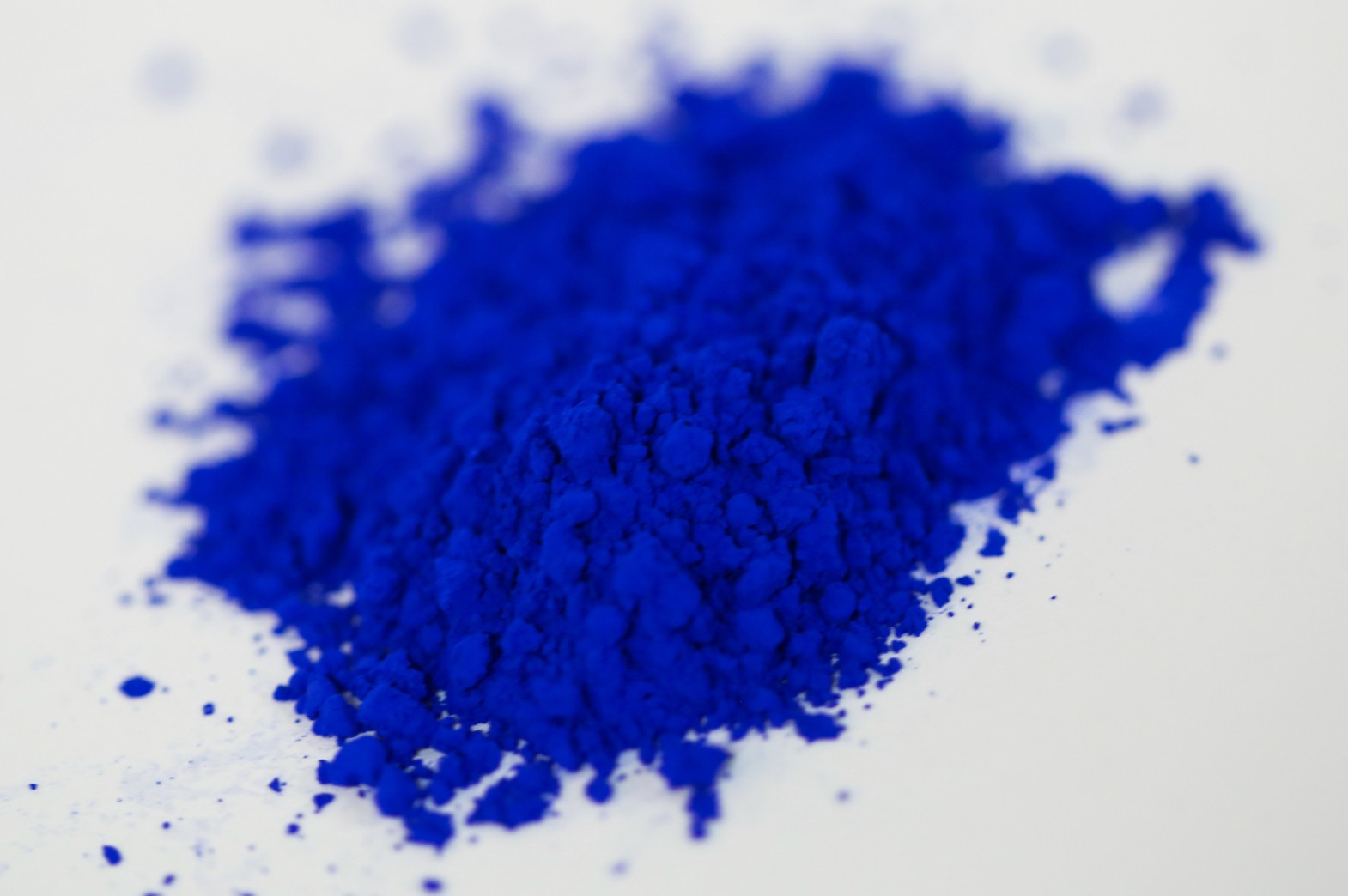 The evidentiary status of digital representations of works of art is a question that has become as pressing for students and scholars of art history as it has long been for conservators and conservation scientists, imaging professionals, data scientists, and information specialists. This workshop will offer an integrated curriculum of Technical and Digital Art History via the special case history of color. 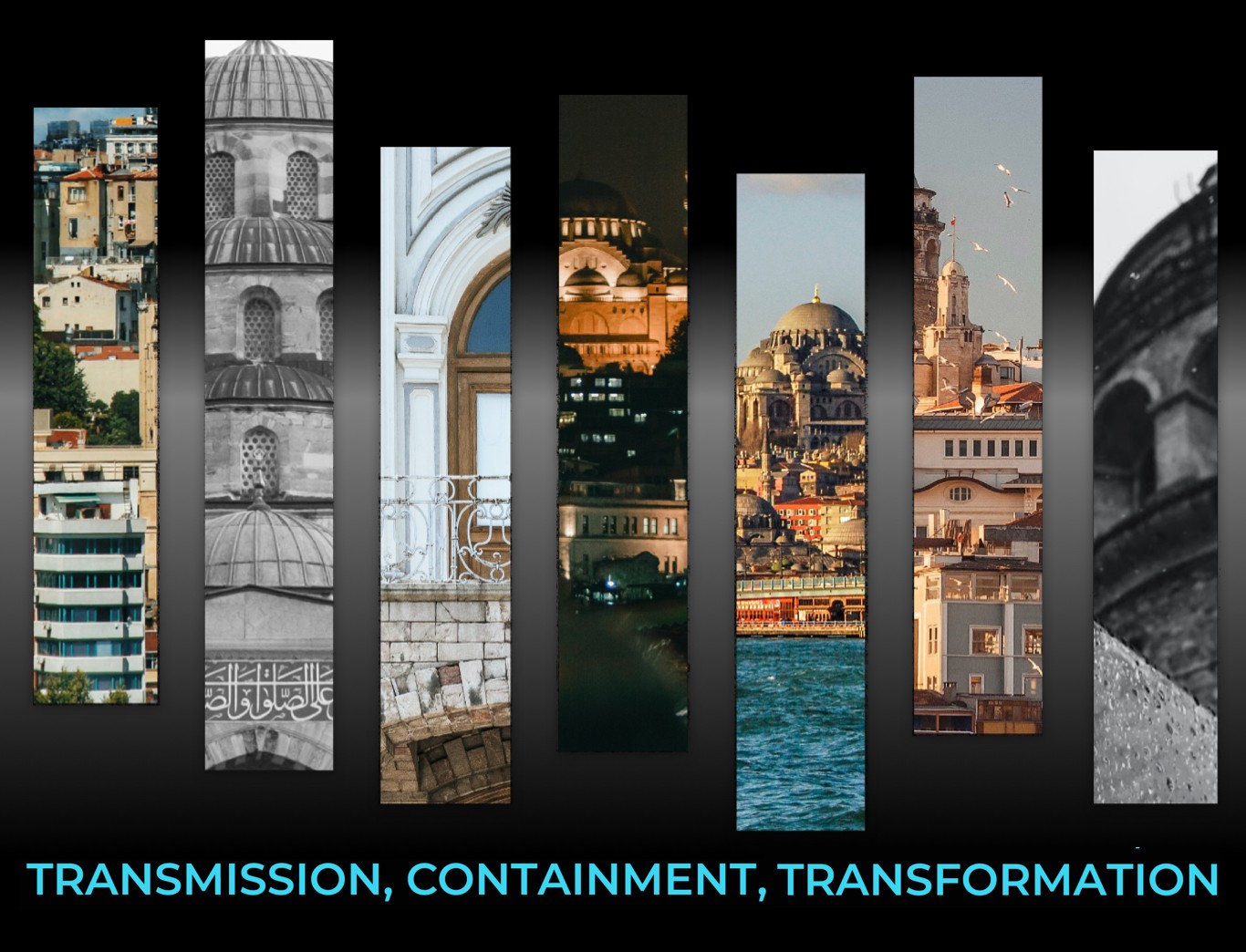 The Department of Art History in collaboration with the College of Liberal Arts has been awarded $225,000 by The Andrew W. Mellon Foundation to support a Sawyer Seminar – structured in relation to two main themes: Transmission (Encounter) and Containment (Quarantine) – during Fall 2021–Spring 2022. 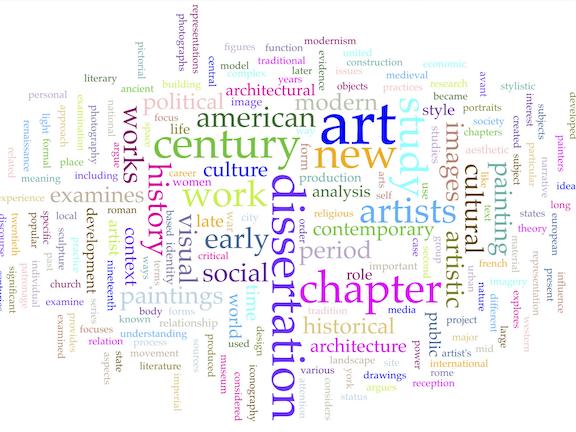 The Art History Dissertations and Abstracts from North American Institutions dataset represents over a year of work collecting, collating, amending, and researching art history PhD dissertations submitted to CAA since 1980. 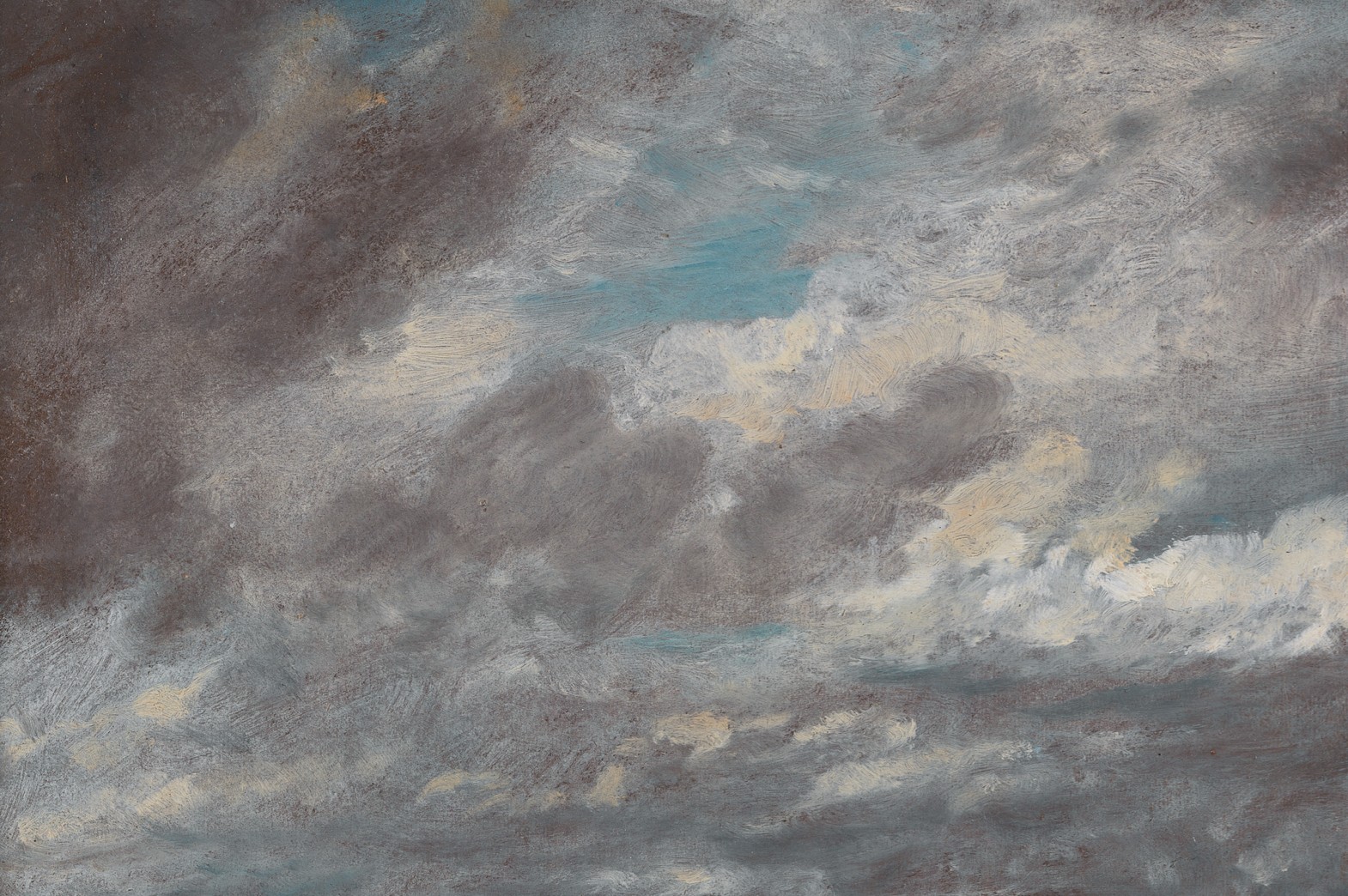 Development of computational methods to analyze formal details in paintings, focusing on cloud studies by John Constable and his emulators, documentary photographs, and fine art photographs. 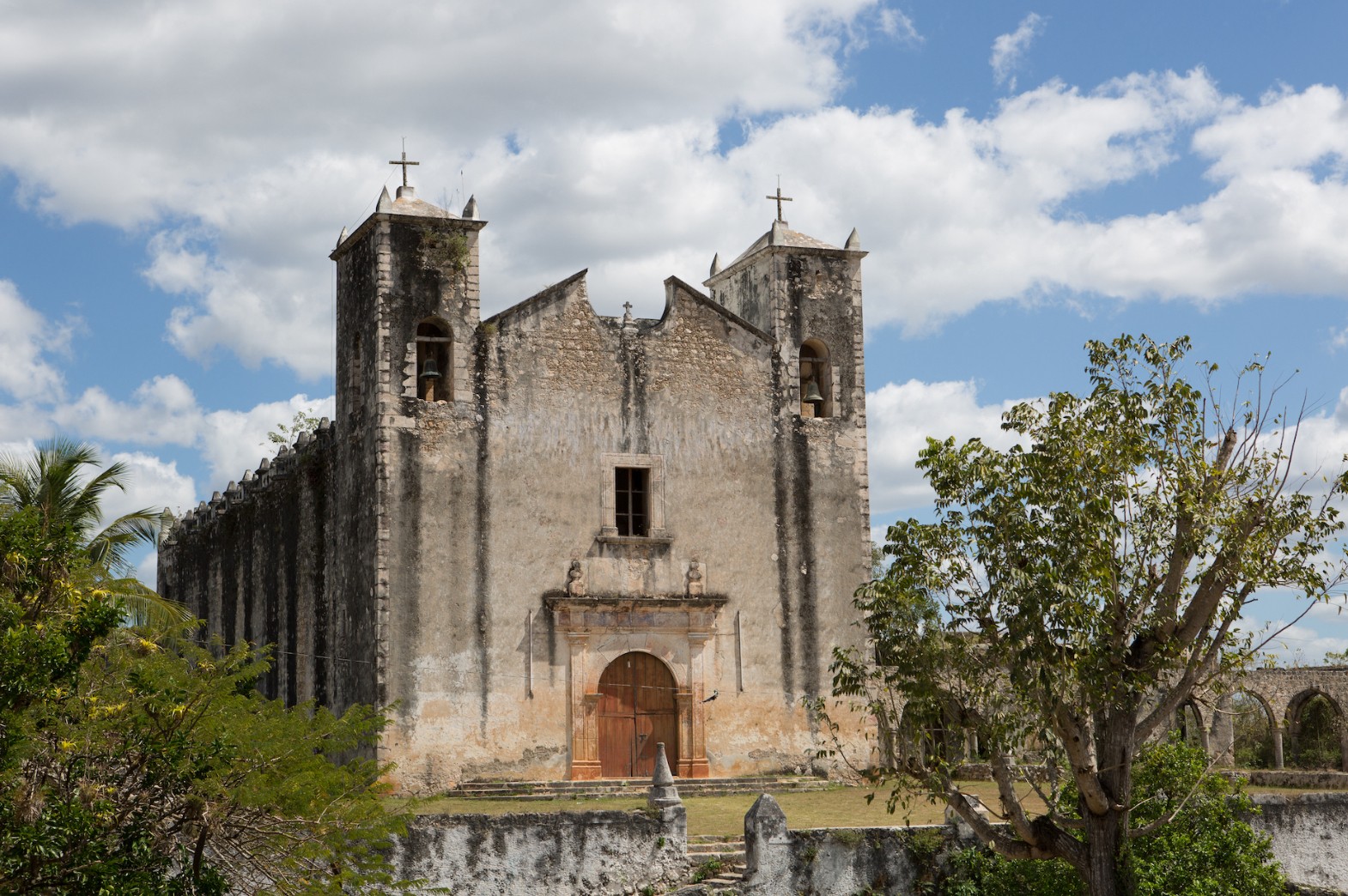 This multidisciplinary project analyzes religious murals painted by Christianized Maya artists in Yucatán, Mexico, between 1550 and 1750.

Following is a brief overview of books, articles, and catalogues that have been produced to document research, exhibits, and courses within the Department of Art History.

Verge: Studies in Global Asias showcases scholarship on “Asian” topics from across the humanities and humanistic social sciences, while recognizing that the changing scope of â€œAsiaâ€ as a concept and method is today an object of vital critical concern. Responding to the ways in which large-scale social, cultural, and economic concepts like the world, the globe, or the universal (not to mention East Asian cousins like tianxia or datong) are reshaping the ways we think about the present, the past and the future, the journal publishes scholarship that occupies and enlarges the proximities among disciplinary and historical fields, from the ancient to the modern periods.

Contamination and Purity in Early Modern Art and Architecture

A volume of ten essays, co-edited with Lauren Jacobi of MIT. The concepts of purity and contamination preoccupied early modern Europeans fundamentally, structuring virtually every aspect of their lives, including how they created and experienced works of art and the built environment. In an era that saw a great number of objects and people in motion, the meteoric rise of new artistic and building technologies, and religious upheaval exert new pressures on art and its institutions, anxieties about the pure and the contaminated – distinctions between the clean and unclean, sameness and difference, self and other, organization and its absence – took on heightened importance. This series of geographically and methodologically introduces a wide array of essays by thirteen leading historians of art and architecture as they grapple with the complex ways that early modern actors negotiated these concerns, covering topics as diverse as Michelangelo’s unfinished sculptures, Venetian plague hospitals, Spanish-Muslim tapestries, and emergency currency.

Thoroughly researched and convincingly argued, Idolizing Mary will be welcomed by scholars and students interested in religious transformation and Marian devotion in colonial Spanish America. Solari argues that particular Marian icons, such as the Virgin of Itzmal, embodied an ideal suite of precontact numinous qualities, which Maya neophytes reframed for their community’s religious needs. Examining prints, paintings, and early modern writings about the Virgin of Itzmal, Solari takes up various topics that contributed to the formation of Yucatán Catholicism – such as indigenous Maya notions of sacrality, ritual purity, and the formal qualities of offering vessels – and demonstrates how these aligned with the Virgin of Itzmal in such a way that the icon came to be viewed by the native populations as a deity of a new world order.

Striking Iron  focuses on the artistry of blacksmiths in Africa south of the Sahara and features works dating from the 17th century to recent times. More than 10 billion years ago, exploding stars and black holes in distant galaxies seeded the cosmos with iron. Some of it wound up here on earth—with us, around us, and in us. 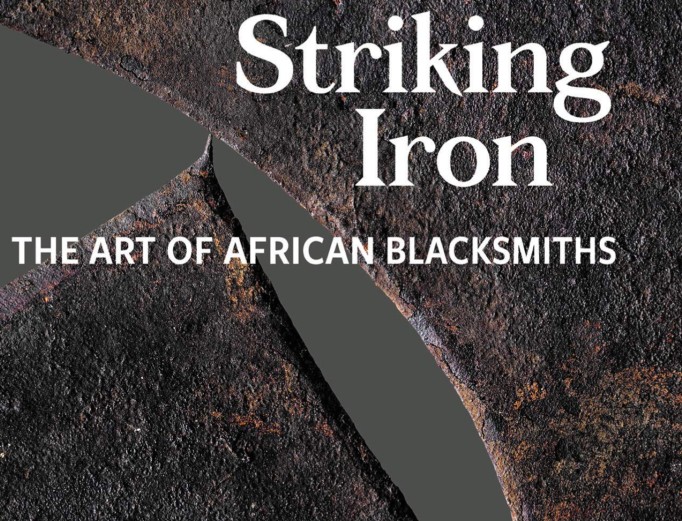 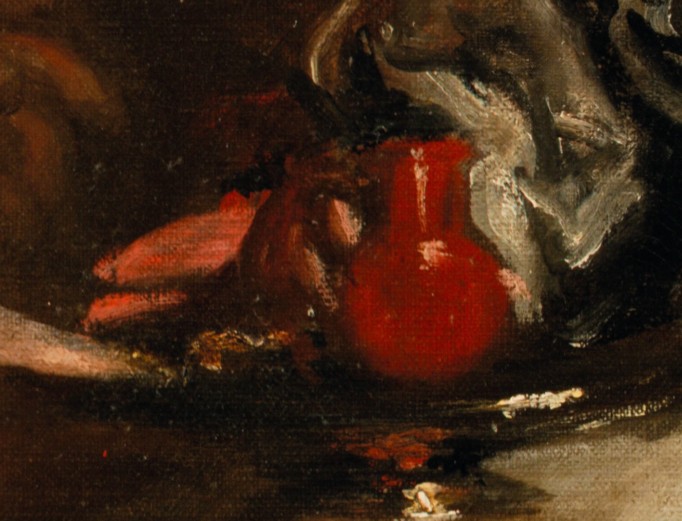 Between the late sixteenth and early twentieth centuries, Banaras, the iconic Hindu center in northern India that is often described as the oldest living city in the world, was reconstructed materially as well as imaginatively, and embellished with temples, monasteries, mansions, and ghats (riverfront fortress-palaces). Banaras’s refurbished sacred landscape became the subject of pilgrimage maps, and its spectacular riverfront was depicted in panoramas and described in travelogues. Madhuri Desai examines the confluences, as well as the tensions, that have shaped this complex and remarkable city. In so doing, she raises issues central to historical as well as contemporary Indian identity and delves into larger questions about religious urban environments in South Asia

Visualizing the Past in Italian Renaissance Art –
Essays in Honor of Brian A. Curran

Visualizing the Past in Italian Renaissance Art: Essays in Honor of Brian A. Curran, edited by Jennifer Cochran Anderson and Douglas N. Dow is a collection of essays written by the friends, students, and colleagues of the late Brian Curran, former professor of Art History. Addressing how the past is always part of the present, this Tabula in Memoriam includes a collection of tributes from several faculty and alumni to the life of Brian Curran, in whose memory this volume was assembled.

This book is the first sustained scholastic treatment of the Life of Christ  tapestries, which were commissioned by Pope Urban VIII’s nephew, Cardinal Francesco Barberini. Covering over 2800 square feet, the series is one of the grandest monuments of seventeenth century Rome. A close reading of each panel sets the tapestries into a number of overlapping contexts; they indicate the stylistic advances of the high Baroque period, as well the political and social agendas of their patrons.

Global Asias: Contemporary Asian and Asian American Art from the Collections of Jordan D. Schnitzer and His Family Foundation

Drawn from the exceptional and diverse collections of Jordan D. Schnitzer and his family foundation, Global Asias examines the cosmopolitan, playful, and subtly subversive characteristics of contemporary Asian and Asian American art. The exhibition highlights the work of fifteen artists of Asian heritage who draw on a rich array of motifs, techniques, and cultural motivations to construct diverse “Asias” in a modern global context. The works in Global Asias suggest the plurality and fluidity of “Asia” as cultural construct and creative practice. The exhibition is guest curated by Chang Tan, Assistant Professor of Art History and Asian Studies at Penn State. The exhibition will go on a national tour after premiering at the Palmer Museum of Art.

The exhibition examines the art of Warren Rohrer (1927–1995) as it evolved in conversation with poet Jane Turner Rohrer (b. 1928), his partner of nearly fifty years. Field Language traces dialogues between husband and wife, painting and poetry, and between tradition and modernism.

Slavery and Construction at the Royal Palace of Caserta

In documenting architecture’s history, scholars have frequently overlooked the use of slave labor. In Slavery and Construction at the Royal Palace of Caserta, Robin L. Thomas examines the lives of the slaves who built the palace, begun in 1752 near Naples. Most of the slaves employed there were Muslim corsairs who had been captured at sea, and they were caught up in long-standing political and religious conflicts between the Two Sicilies and the Maghreb states. Converting these Muslim captives to Christianity became a key part of the Neapolitan court’s efforts to battle the corsair threat, and Caserta was one of the places where conversion efforts were most successful. The costs and risks associated with slave labor were often high, making the use of slaves in some ways impractical and inefficient in an area with ample nonslave laborers available. Yet in building the royal palace these converted slaves played a role that served more than practical purposes. Their presence became a symbol of the monarchy’s military and religious triumphs

Politics of the (In)Visible: Yumen and Zhuang Hui’s Anti-Art Photography

How photography evolved from science to art